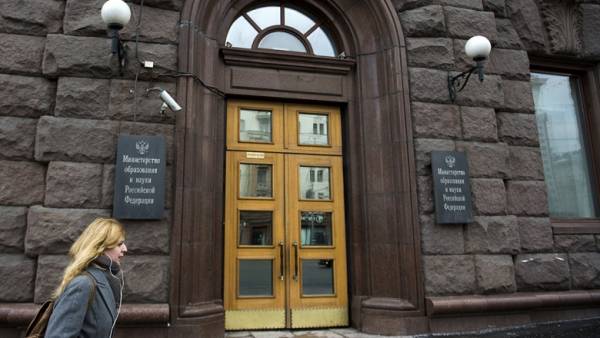 Information on the likely division of the Department confirmed sources “Interfax” in the Russian Academy of Sciences and Ministry of education.

“The issue of division of the Ministry of education and science, indeed, discussed, and already more than 10 years. And, it seems that the decision in that year can be taken,” — said Smolin on Friday, “Interfax”.

“I don’t know what decision will be made final. Absolutely reliable information. Our leaders know how to keep the information up to the last. But the division of the Ministry seems very likely,” — said Smolin.

It is also possible that the Federal Agency of scientific organizations (FANO) will be part of the Ministry of science, said another interlocutor of “Interfax”. He recalled that “the functions which are now administered by FANO, in the Soviet period were engaged in the management of the Affairs of the Academy of Sciences, and it, in turn, had a double subordination — to the Presidium of the Academy of Sciences of the USSR and the government to whom to report on financial issues”.

Who will lead the Ministry