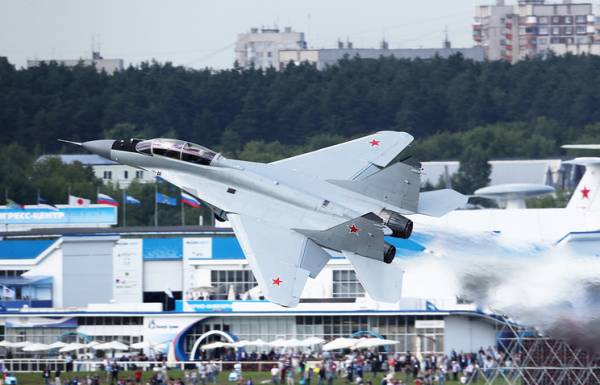 KUBINKA /Moscow region/, may 12. /TASS/. Air group “Swifts” are now flying the MiG-29, one of the first in the aerospace forces will receive new MiG-35. As reported on Saturday, the commander of the air force (USAF) – Deputy commander of VKS of the Russian Federation Lieutenant General Andrey Yudin, the MiG-35 will arrive at the Kubinka air base after the completion of the state tests.

“Will the retraining of pilots of the air group “Swifts” on the MiG-35. To complete the state tests of the aircraft. After the newest machine will adopt the of the squadron aerobatic team “Swifts”, – he said on the anniversary of the Center display aircraft at Kubinka.