The head of the Council under the President of Russia on development of civil society and human rights (HRC) Mikhail Fedotov said that the decision of the judge about refusal to soften the measure of restraint to the defendant in the case, “the Seventh Studio” by Alexei Beloborodova unjustified, reports “Rosbalt”. 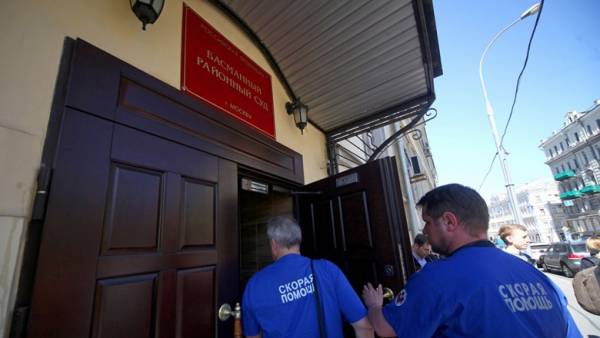 The human rights activist stressed that detention is an exceptional measure. “And this exclusivity now, when the investigation is completed, when Malopolski acquainted with the case materials, as well as other defendants who are under house arrest,” — said Fedotov.

He added that such a decision is meaningless and expose the person to additional suffering.

Earlier Basmanny court refused to consider the petition for transfer of winproducer Autonomous non-commercial organization “the Seventh Studio” and former Director of the “Gogol-center” Alexei Malopolska from jail under house arrest. As reported in Facebook examined his cardiologist Yaroslav Ashikhmin, the defendant in the case, “the Seventh Studio” had a heart attack and hospitalization now — “a matter of life and death”, but this was not done.

25 April, the Investigative Committee requested the basmannyy court of Moscow about the release of Malopolska from prison and his transfer to house arrest. Among the grounds stated age of the accused, his health, and “other circumstances”.