RBC: Medvedev for the first time in 10 years, may be replaced by the chief of Protocol

Chief of Protocol of the Prime Minister Dmitry Medvedev Maria Entaltseva plans to leave post after 10 years. It is reported by RBC with reference to sources close to the government. 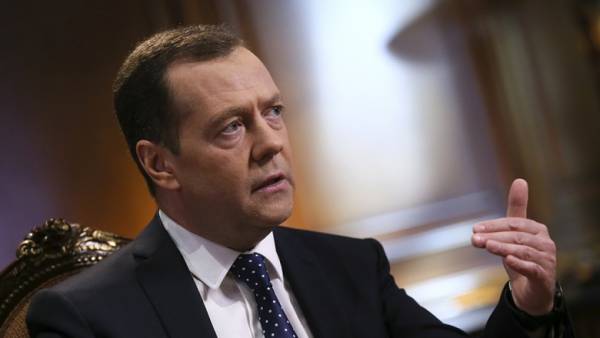 One of the interviewees said that Entaltseva out not because of conflict but because of the desire to change the scope of activities. In addition, according to the interlocutor of the edition, she has very good relations with Medvedev.

According to RBC, the resignation will happen “not in the near future”. Entaltseva who will replace on a post of the chief of Protocol of the Prime Minister, the interlocutors found it difficult to say. Medvedev’s press Secretary Natalya Timakova information about her departure is not confirmed. “She continues to work in his place,” she said in the interview to RBC.

Entaltseva working on the post of the chief of Protocol Medvedev within 10 years. She took office when Medvedev became President, and then worked on the post of head of Protocol of the Prime Minister and Deputy head of the government apparatus. To work in the service Protocol Medvedev, she was Deputy head, then first Deputy chief of the same administration under President Vladimir Putin.

The Protocol Department of the government is part of the unit and its staff are preparing activities with the participation of the first persons. they are Usually also accompanied the Prime Minister on all trips and international events.