“Amount” was changed to the community 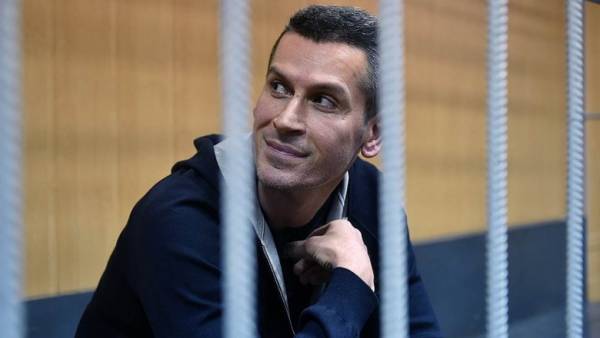 As it became known “Kommersant”, the interior Ministry of Russia presented to the owners of the group “Sum” Ziyavudin and Magomed Magomedov, on charges of organizing a criminal group to embezzle budget funds. The guilt, the brothers did not recognize. The consequence, meanwhile, found the first members of the alleged FSA.

The FSB and Guebipk Ministry of internal Affairs detained brothers Ziyavudin and Magomed Magomedov, as well as the former head of the company “INTEKS” Arthur Maksimova back on 30 March this year. On the same day, all three of the investigator of the investigative Department of the Ministry of internal Affairs Nikolay Woke announced that they are suspected of committing crimes under part 1 of article 210 of the criminal code, part 4 of article 159 part 4 of article 160 of the criminal code (organization of criminal community, particularly major embezzlement and fraud). The next day all three were arrested by the decisions of the Tver regional court. Suspicion OPS allowed the result to delay in bringing the defendants of charges — Criminal procedure code allows for 45 days from the moment of detention.

However, to wait for the expiration of this period the investigator was Woken up not.

Recently all three defendants, he filed formal charges, and then interrogated them in the new procedural status.

From plot charges, according to Kommersant’s sources in law enforcement bodies, showed that Ziyavudin Magomedov, the leader of OPS, posted it for the economy, while his brother Mohammed had provided a political and security cover for illegal operations. Their closest ally at the same time, according to investigators, were Arthur Maksidom.

The indictment stated that the Magomedov brothers organized six counts of fraud and one of embezzlement, the damage from which exceeded $ 2.5 billion.

Two of the alleged episode, according to the investigation, were associated with the preparation of the world Cup, which will be held this summer in Russia.

According to the investigation Department of the Ministry of internal Affairs, the Magomedov brothers through the company Globalelektroservis, which is included into group “the Sum”, organized the embezzlement of budget funds allocated under the state contract for the construction of a football stadium on the island of October. According to investigators, the sand delivered to the island “Globalelektroservis” turned out to be cheaper and less qualitative, and the company thus received RUB 500 million 650 million rubles, according to investigators, businessmen Magomedov and Arthur Maksimova brought the machinations of the arrangement led the last company of the Krestovsky island, where construction of “Zenit arena”.

According to “Kommersant”, one of the three alleged organizers of the OPS pleaded not guilty.

In particular, they drew attention of the investigator that the “Amount” itself revealed violations of the alleged brothers episode theft in the United grain company, which co-owner is group. For this reason was sent and a statement to law enforcement. In addition, the investigator was allegedly informed that the results of operative-investigative activities conducted by the FSB and the interior Ministry, which formed the basis of an indictment not supported by the experts. The defenders of the accused from the review of the “b” abstained. In particular, the lawyer Alexander gofshtein, representing Ziyavudin Magomedov, is motivated by the non-disclosure agreement to this effect.

March 30 is the deadline of the arrest of three alleged organizers of the OPS and the investigation will soon turn to the Tverskoy district court with the petition for its extension. Earlier, the court rejected a proposal by the Magomedov brothers, a Deposit of 2.5 billion rubles.

At the same time, according to “Kommersant”, the investigation attended to search of the participants of the OPS. Soon appropriate charges (part 2 of article 210 of the criminal code) investigative Department of the MIA is going to show prospective partners Scam in Kaliningrad: the Director Directorate of construction of the East JSC Globalelectroservice Hacia Aristovo, ex-Minister of construction in Kaliningrad region Kuskovo Amir and Deputy head of the regional Department of capital construction Sergey green chair. All three were originally arrested for fraud, and between may holidays they Tverskoy district court extended the arrests of up to one year. After charges of participating in these OPS figures, and the Magomedov brothers, can in pretrial detention to one and a half years.