A gift from trump. That will enable Russia to deal with Iran

MOSCOW, may 11 — RIA Novosti, Maxim Rubchenko. The decision of Donald trump to withdraw from the nuclear deal with Iran has brought Russia additional income to the budget due to a jump in oil prices. But winning will be much longer if the patience of Europe will implode and the EU will cease to participate in the sanctions wars of America. RIA Novosti considers possible scenarios of further developments. 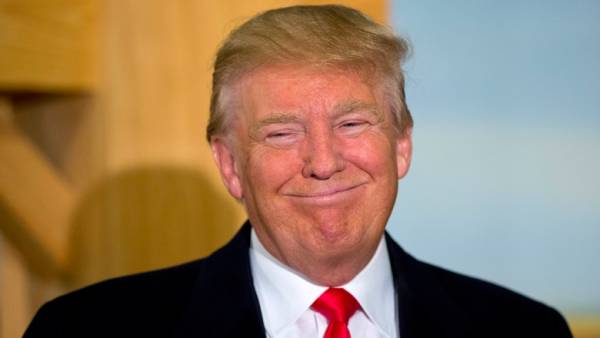 The US President announced the termination of the nuclear deal with Iran on Tuesday evening. All foreign companies must turn away business in this country in the period from 90 to 180 days (until August 6 and November 4, respectively). Otherwise, they will also be subjected to sanctions of the US government.

The intention to withdraw from the agreement with Tehran, Donald trump said during his election campaign. So when he was about a month ago said that the United States not to extend the contract, at the same time, few doubted, and in April, oil prices rose 14 percent, reaching the level of four years ago — $ 75 per barrel.

It seemed that the market has completely won back the decision of trump, but the stiffness of his wording prompted the quote is still almost three dollars up. Now Brent is trading at 77.7 $ / bbl. The ruble strengthened predictable: the dollar is at 1.37 ruble, Euro — ruble and a half.

Now it all depends on the extent to which Washington’s actions will affect the export of Iranian oil. The nuclear deal, there is an agreement between Tehran and world powers on its nuclear program and the lifting of the sanctions, brought Iran to the international oil market. Now the country is producing about 3.8 million barrels per day, of which, according to various estimates, from two to two and a half million are exported.

Experts discuss three possible scenarios. The first is the one that counts trump: because of the new sanctions offer Iranian oil on the international market will be reduced by 1-1,5 million barrels per day, and the price of oil will reach the level of 85-90 dollars per barrel.

This is, first, slow down economic growth in China (and Beijing for Washington’s main global competitor). Second, it will serve as an incentive to increase production of shale oil. Third, the rising geopolitical tensions will increase investors ‘ interest in dollar assets, which will allow US to reduce the cost of borrowing — a record now for ten years.

The winners will be and the main friends of America. Saudi Arabia expects to replace Iran oil markets and by increasing sales of black gold to reduce the budget deficit.

Because of the participation in the transaction OPEC+ oil production in the country at the moment, nearly 700 thousand barrels per day lower than two years ago, and the Saudis would be happy to increase it. Sanctions against Iran is a good occasion for a review of the limitations of OPEC+.