A court in Riga arrested the activist Linderman

Moscow. May 10. INTERFAX.RU the Court of Vidzemsky suburb of Riga on Thursday sanctioned the arrest of Vladimir Linderman, who was detained in connection with an organized Russian Union of Latvia (STGS) and the Staff of protection of Russian schools Latvian parent meeting. 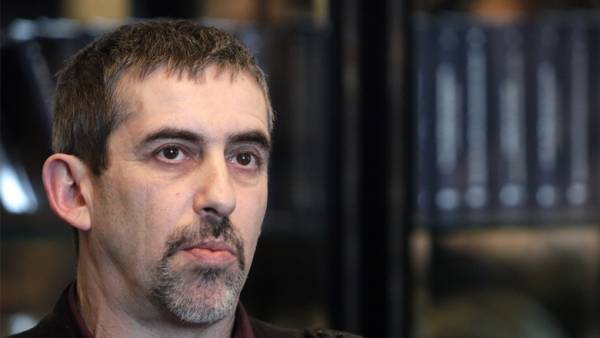 The question on election of a preventive measure was considered at a closed court session, but the doors of the courtroom were more than ten supporters Linderman, the leader of RSL Tatyana Zhdanok and Joseph Koren.

Defender Linderman Helen Kwiatkowski stated that the court decision will be appealed to the Riga district court. She added that will appeal to the Prosecutor General in connection with the circumstances of the detention of her client.

Linderman was detained on 8 may in the framework of the initiated April 18, the criminal process against Zhdanok in connection with an organized STGS and the Staff of protection of Russian schools Latvian parent meeting.

Linderman (also known under the alias Abel]) was a member of the banned in Russia national Bolshevik party.

As the result, two men were detained. “The NBP Shalin Olga and Gleb Bovanenko detained for a protest at the Latvian Embassy, was charged with article 20.1 of the administrative offences Code of the Russian Federation (“hooliganism”),” — said the press service.

RSL considers the reform to allow for the full transfer of education in Russian schools on the Latvian language, ill-conceived and unprepared. In organizations fear that the number of children in the reform will not be able to successfully study and graduate from school that can lead to their marginalization and increased crime. In addition, according to activists, in Latvian schools, which will go part of the Russian-speaking children may experience ethnic conflict among students and teachers.