Moscow. May 9. INTERFAX.RU -U.S. Secretary of state Mike Pompeo, is expected to return from his trip to North Korea along with three American citizens previously detained in North Korea, said Wednesday the press service of the President of South Korea. 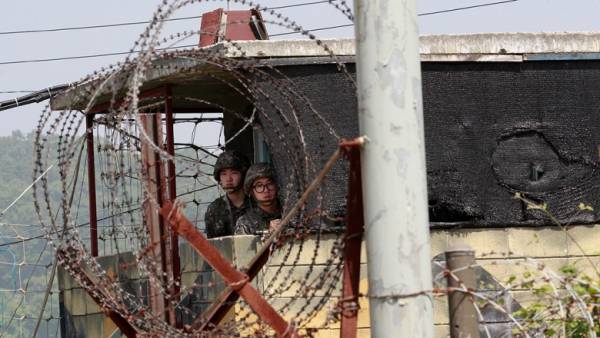 It is noted that Pyongyang is ready to take this step to demonstrate its good intentions on the eve of the upcoming meeting of Kim Jong-UN and Donald trump.

According to Seoul, Pompeo will also need to bring the exact time and place of the summit. (Formerly trump reported that they are already defined).

U.S. Secretary of state arrived in the DPRK the second time in a month and a half. The first time he visited Pyongyang unofficially before his appointment as head of the state Department. Both times the purpose of his visit was the preparation of the meeting of the leaders of the two countries.

South Korean media earlier reported that the prisoners began to prepare for the transfer to the American side. They moved from the labor camp to a hotel on the outskirts of Pyongyang, well-fed, offer medical aid and carry on trips.

All three were detained in North Korea on charges of espionage and “hostile acts.”