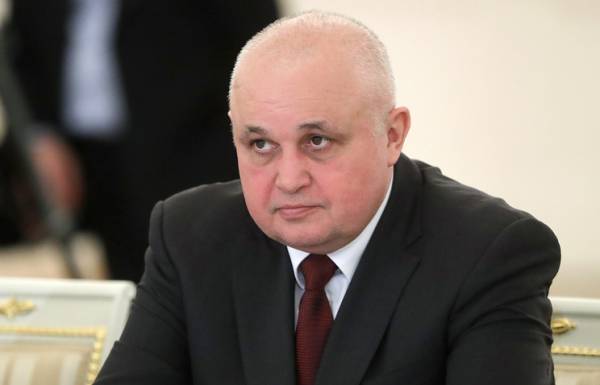 The acting Governor of the Kemerovo region Sergey Tsivilev

TASS, may 10. The acting Governor of the Kemerovo region Sergey Tsivilev announced his candidacy from the party “United Russia” for participation in elections of the head of Kuzbass, and also the consent to head the party list for election to the Council of people’s deputies of the region. He said this to journalists in Novokuznetsk after a meeting with representatives of the primary party organizations of all urban districts and districts of Kuzbass.