Fans cruelly ridiculed the American actress Sarah Jessica Parker over the wrinkled face. Comments about appearance, Parker appeared on Twitter immediately after her appearance at the annual Met Gala in new York. 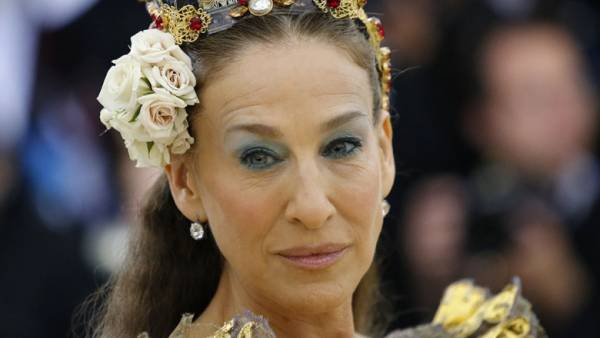 “Sarah Jessica Parker like 89 years old… I love her style and she always looks good, but my God… the feeling that she’s dehydrated and she never took vitamins,” wrote one.

“Is she smokes 40 cigarettes a day???” — surprised other users of the social network.

“I’m the only one who was upset, seeing how old Sarah Jessica Parker? I love her. But it once again reminded me that I’m getting older,” added the third.

53-year-old Hollywood actress also called worn, old, and the bark of the tree.

The ball costume Institute Met Gala at the American the Metropolitan Museum is one of the largest social events in new York. Every year, the evening attire of guests should be the subject of a new exhibition at the costume Institute. The 2018 Met Gala took place on Monday, may 7, in anticipation of the opening of the exhibition Heavenly Bodies: Fashion and the Catholic Imagination (“the Divine body: fashion and the Catholic imagination”).