Kirill Kleymenov will no longer maintain the program “Time”

Leading Moscow editions will once again be the Catherine Andreyev and Vitaliy Eliseev. 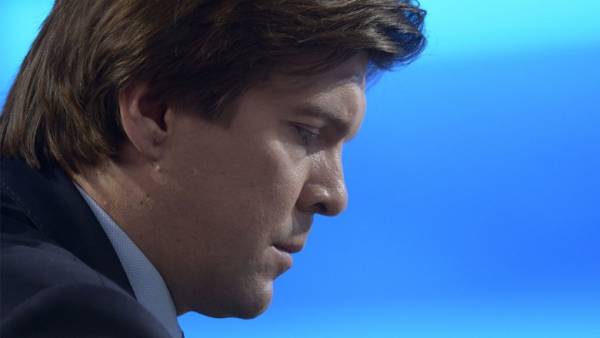 Chief of news “the First channel” Cyril Kleymenov will no longer lead the news program “Vremya”. On Tuesday, may 8, he finally told the audience that saying goodbye is not until tomorrow: “the time has Come to say goodbye because it was a narrative in measured terms. We will not hide, I wanted to entertain you a bit. But there is nothing boring than the protracted entertainment.”

Kleimenov confirmed “Vedomosti” that ceased to be the master of “Time” and now program on weekdays will once again be lead alternately Vitaly Eliseev and Ekaterina Andreeva: “it was planned from the start — I here’s a little work a new news Studio and then back to your day job”.

Restart “Time” began on 19 February (a month before the presidential election). The program began to go in the new Studio, has changed its format. Prior to this decades leading the program were sitting at the table. Now leading a lot of walking on the Studio equipped with “the latest technology”, talks about infographics and collages on giant screens inside the Studio. Mastered a new Studio he Kleimenov, who long worked as a lead — making exceptions for certain “straight lines” with President Putin.

Ekaterina Andreeva was “Time” since 1997, it is often called the face of the “First channel”. After restarting it and Elisha remained the leading issues of “Time” during the weekend, they announced news releases on different time zones — the far East and Siberia. BBC after restart Time was even reported with reference to anonymous sources that Andreev will soon leave “the First channel”. The representative of the “First channel” then denied it and said that after some time, Andreyev will again conduct a basic issue of “Time”.

Kleimenov not only led the program from a new Studio, but also changed the way news traditionally leading “Time” rather dry and detached talk about what is happening in the country, Kleimenov constantly used artistic images, invoked the classics and cited historical Parallels, was to match words with collages, often ironically.