Deputies from “United Russia” proposed amendments to the administrative code, according to which the involvement of adolescents in unauthorized rallies will face the organizers a fine of up to half a million roubles or arrest for 15 days. 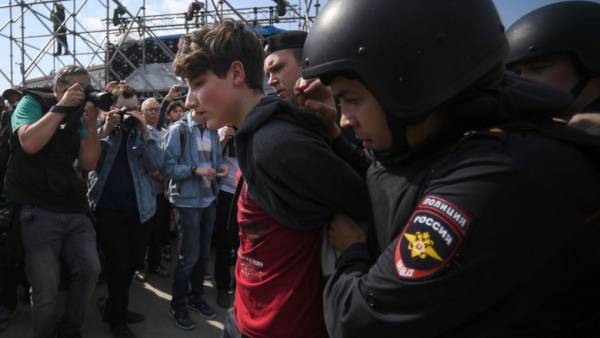 The authors of the bill noted that the number of underage participants in such events is growing, however, emphasized that their initiative is not a youth, “from populist policies” that try to use children for their own purposes.

One of the authors of the initiative, Deputy Secretary of the General Council of the party “United Russia” Yevgeny Revenko believes that the problem is “not so much in appeals to take part in the action, how many attempts to instill in youth the legal nihilism.”

According to him, “truly free society can only be legal”.

If someone doesn’t like a law that regulates the conduct of rallies, you have to get it changed, and not to incite the youth to break it.Yevgeny Revenko Deputy Secretary of the General Council of the party “United Russia”

Another author of the project, the Deputy Chairman of the security Committee of the state Duma Anatoly Election (United Russia), warned that participation in the outstanding shares could adversely affect his future career, because the violation of public order will cause issues when applying for work in government agencies.