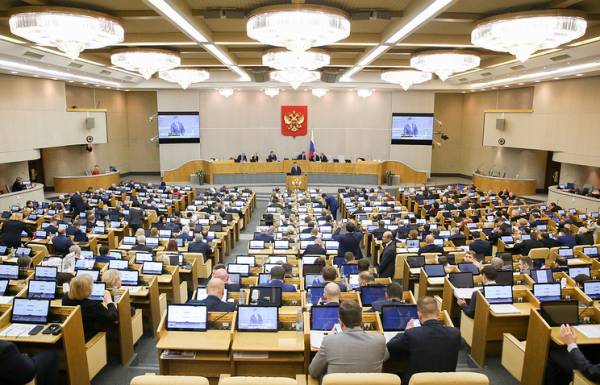 MOSCOW, may 10. /TASS/. Sectarian project, which proposes to extend the so-called Dima Yakovlev law on individuals, interfering in elections in Russia will make on Thursday in the state Duma. This was reported to journalists by the first Deputy head of the faction “United Russia” Andrei Isayev.

“A group of colleagues representing all four factions, will introduce legislation act 2012 on the application of sanctions against those who violate rights of Russian citizens, – the law of Dima Yakovlev. There is a list of those against whom these sanctions will be applied, this list will be supplemented at the suggestion of colleagues the point that they can be classified as those who interfere in Russian elections”, – he said.