For health! How and where to drink alcohol

MOSCOW, may 10 — RIA Novosti, Maxim Rubchenko. According to estimates of the Ministry of health, 2006 alcohol consumption in Russia fell by almost 40 percent. 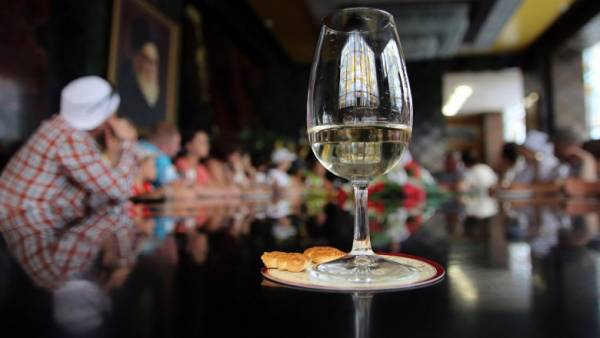 The world health organization, in turn, States that the average Russian drinks in a year to 3.5 liters of alcohol less than ten years ago. What is behind these figures and in which countries drink the most — in the material RIA Novosti.

The widely held view that the Russians — most drinkers in the world, is increasingly at odds with reality. The consumption of alcoholic beverages in the country has been declining for many years, and at a rapid pace. Data of different departments of several differ — the who says about 13.9 liters per capita per year, the Ministry of health and CPS — about ten litres. In January, the Minister of health of Russia Veronika Skvortsova reported that over the past five to seven years, alcohol consumption has been reduced by 80 percent. Anyway, all agree that in Russia every year drink less, and this trend has continued for more than ten years.

As a result, Russia now is not even in the top three of most drinking countries (Lithuania 18.2 litres, Belarus — by 16.4 liters, Moldova — 15,9 liters), ranking fourth and quite a bit ahead of Romania, the Czech Republic, Croatia, Bulgaria.

However, these rankings and assessments are rather relative. Thus, according to Eurostat, the largest share of their income on alcohol spend Estonians.

Consumed in Russia, according to who estimates, 13.9 liters of alcohol per capita equivalent 34,75 liter of vodka.

According to the information portal “Tsenomera”, the average price of vodka today — 693 rubles per liter. So, on drink, on average it takes 24 081 ruble. The average salary in 2017-m — 35 845 rubles a month (430 thousand per year). So the Russians spend on alcohol 5.9 percent of their income. That is, more than in the most problematic in terms of drunkenness EU countries, and three times more than the average European.

However, the chief analyst of statistics Estonia, Mart Leesment claims that the average adult spends Estonian alcohol is only 108 euros per year, i.e. seven times less. Who is right, the Department of statistics Estonia and Eurostat, it is impossible to understand, but it is clear that it is not necessary to take such rankings too seriously.