In the cities that will host matches of the world Cup, will be introduced a special fire mode. 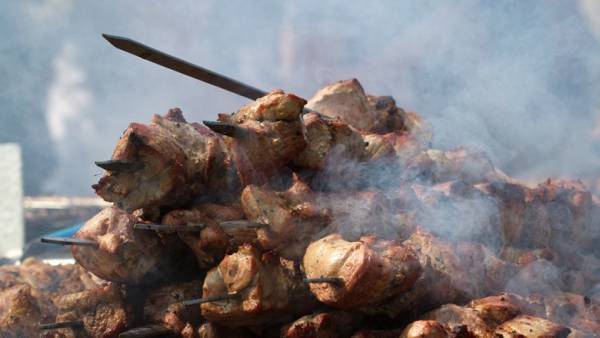 In the cities that will host matches of the 2018 world Cup, will be introduced a special fire mode. This recommendation gave the regions the government Commission for emergency response. The document signed by Minister of emergency situations Vladimir Puchkov is at the disposal of “Izvestia”. A special regime implies a ban on campfires and the burning of the grass. Specific measures define the municipal authorities. Most do not allow including picnics with the hot kebabs on the grill.

The special fire-prevention regime will be introduced during the world Cup. It needs to provide the regional authorities jointly with EMERCOM and FFA, said in the minutes of the meeting of the state Commission.

On the territory of city districts, which will host the matches, it is planned to prohibit the lighting of fires on lands of all categories, as well as to burn the dry grass. If the wildfire situation gets much worse, citizens may be prohibited from visiting forests, to the document.

Special fire-prevention mode involves additional security requirements, which claim regional or municipal authorities. Basically the ban covered not only the regular cultivation of fires, but also the use of barbecues.

Where to barbecue and not to break the law?

As explained by the “Izvestia” in the Department of forestry of the Nizhny Novgorod region, it is impossible to use the tools “for cooking on the coals” as in the forests and in human settlements and adjacent territories. In region the special fire-prevention mode is already entered, added the Agency. In Nizhny Novgorod will host six world Cup matches including one of the quarter-finals.

During the period of special fire prevention regime also banned the burning of garbage, and the owners and tenants of land “are required to regularly clear the area of combustible waste, fallen leaves, dry grass,” he added in the administration of the Volgograd region. The Ministry said that a special regime is introduced every year and in certain areas increased risk of forest fires.

In other regions, which will host world Cup matches, is not able to provide comments.

On the one hand, the prohibition of campfires and roasting food on the fire is clear, as the authorities seek to minimize all possible risks when conducting the 2018 world Cup, said the managing partner of the bar “starinsky, Cartago and partners” Vladimir starinskij. On the other hand, it hardly will be respected, people are still in fine weather, out on picnics with shish kebabs. In this situation, the possible control point, but to punish all violators will not work, he said.

The MOE is not able to provide comment. In previous years the regional division office reported that during the period of special fire prevention regime was inspecting not only the forests and parks, but also country towns. In EMERCOM in the Republic of Tatarstan has previously stressed that fry food on the grill is not permitted in the yards of private homes. If special fire-prevention mode is not set, then the ban is removed, but there are certain rules. For example, the grill should be installed no closer than 5 m from buildings. The area should be cleaned of debris and dry grass. When the meat is ready, the coals need to be put out.