“As army for the war”: bill gates calls to prepare for global epidemics

According to the founder of Microsoft from epidemics carried away in the last century hundreds of thousands of lives, now millions could die. 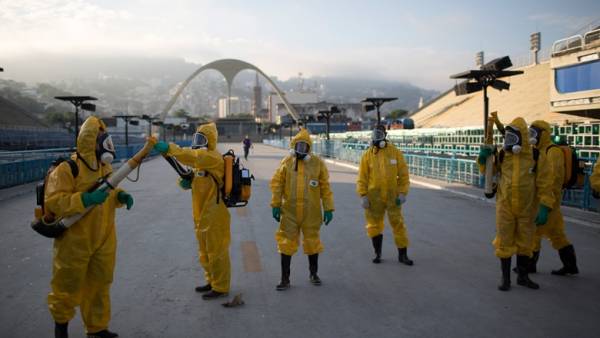 For many years bill gates looked into the future of health care with great optimism. However, something still bothers — and the possibility of a global pandemic.

Speaking at the April annual lectures of the Medical journal of New England in Boston, founder of Microsoft told the audience:

Given the fact that all the time new pathogens, the increased risk of bioterrorism, and due to the fact that from one place to another to get becomes much easier to grow and the chance of extensive deadly pandemic — and it can happen even with us.Bill Gates

It is worth remembering the Spanish flu pandemic, which broke out 100 years ago. In just five weeks, this kind of flu has killed 675 000 Americans. By the end of 1918 from the Spanish flu died 50 million people.

According to the simulation conducted by the Institute of epidemiological modeling in Washington state, in the case of the spread of such disease in our time, over half will die about 33 million people.

Gates acknowledged that the balance is easily upset: “When we watch Hollywood thrillers, think that our world is fully ready to protect yourself from deadly infections. However, in fact, during major outbreaks of communicable diseases normal public health infrastructure is crumbling rather quickly. This is especially true for poor countries. But in the event of a pandemic or widespread bioterrorism event, even in the U.S. our efforts to combat the consequences thereof would not be enough”.

Gates urged the public to work together to coordinate actions to prevent such disasters around the world and noted that this would require a system for early detection, a more advanced scientific base and a quick response.

The billionaire said that according to the directions of the projects. Last year was established by the Coalition on the developments in the field of preparation for epidemiological threats. The initiative attracted funding of $630 million, its goal is to create the necessary research and technological base for the development of new vaccines not for a few years, and in a few weeks. The scientific center named Eli and Edith Brody in Massachusetts and the University of California in Berkeley are working together on particular types of analyses for the detection of zika virus and dengue fever on the basis of clustered short palindromic repeats, and rapid tests in the form of paper strips are like pregnancy tests. In March, the United States Congress entrusted the administration of Donald trump to develop a detailed plan to strengthen the global health system.

The world must be ready for a global epidemic as the army for war.Bill Gates

He also called for the allocation of the reserve corps of the military and volunteers who will be trained to effectively dealing with the spread of the disease if necessary. The government, Microsoft founder strongly encouraged to conclude agreements on the production of medicines and reimbursement of pharmaceutical companies, and the timing of consideration of applications for approval of such drugs proposed to reduce.

During his speech, bill gates said that specifically for anti-influenza a charitable Foundation of bill and Melinda gates Foundation, together with Google co-founder Larry page has established a grant in the amount of $12 million for scientists who will be able to create a universal flu vaccine. The gates Foundation is already cooperating with other organisations as, for example, the Federal Institute for the study of allergic and infectious diseases in Maryland. Scientists from this institution are testing a drug that next year, quite possibly, will test on humans. The billionaire assured the audience: “As I said from the beginning, I’m an eternal optimist and therefore I hope that we will be able to prepare for the next major epidemic.”