Trump announced the US withdrawal from the nuclear deal with Iran

Donald trump has accused Tehran of uranium enrichment and the development of prohibited weapons contrary to the terms of the agreement. 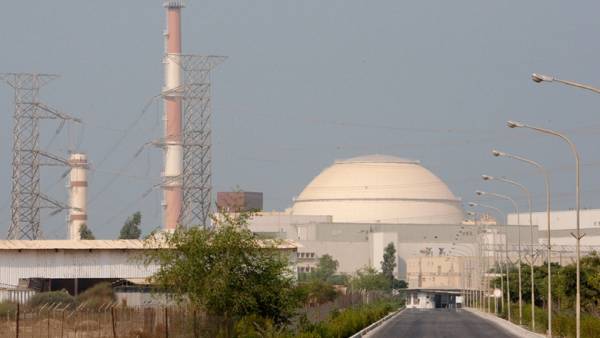 MOSCOW, may 8 — RIA Novosti. Donald trump announced the US withdrawal from the nuclear deal on Iran.

The American leader has accused Tehran of uranium enrichment and the development of prohibited weapons contrary to the terms of the agreement.

Now we have convincing evidence that this assertion of Iran (which it has not developed nuclear weapons) was a lie.Donald Trepresent USA

Trump also said that if Tehran will continue nuclear development, it will face problems, “with whom he had not previously encountered”. As noted by the American leader, Iran will have to negotiate a new nuclear agreement, the U.S. is ready to negotiate.

Iran and “six” of international mediators — Russia, the US, Britain, China, France, Germany, in 2015, signed the document on settlement of the Iranian nuclear issue.
The parties adopted a Joint comprehensive plan of action (SVPD). Its implementation was removed from Tehran’s previously imposed economic and financial sanctions by the UN security Council, US and EU imposed because of its nuclear development.

Trump has repeatedly criticized the deal and has accused Iran of violations of the AGREEMENT. In early January, the us leader said that the United States will be released from the agreement if it won’t make a difference.

Meanwhile, other mediators have repeatedly warned the United States against such a move.

So, the French leader Emmanuel macron said yesterday that the failure of the US nuclear deal could lead to war. Russian foreign Minister Sergei Lavrov said that the American decision will deprive the world of one of the most important documents on the non-proliferation of nuclear weapons.

See also: the White house released a list of demands to Iran