The lords of the world. Putin has lost leadership in the ranking of the most influential people Forbes

The President of Russia, took first place four years in a row. This time he gave the head of China XI Jinping, but ahead of U.S. President Donald trump. 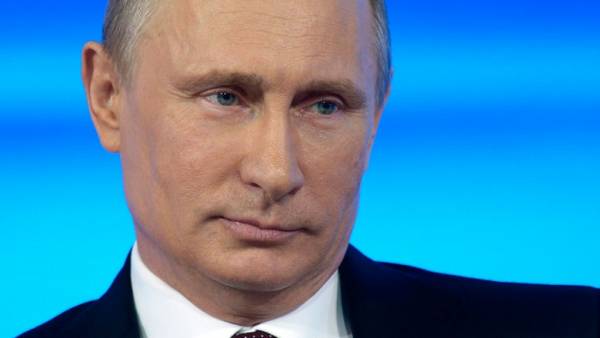 The President of Russia 65-year-old Vladimir Putin for the first time in five years became the leader of the ranking of the most influential people in the world Forbes, losing the top spot in the list to the Chairman of the people’s Republic of China 64-year-old XI Jinping.

The President of the United States 71-year-old Donald trump dropped in the new ranking, released on Tuesday, may 8, on the website of the U.S. Forbes, from second to third place.

The top five most influential people in the world in 2018 came as German Chancellor 63-year-old Angela Merkel and the richest man on the planet, the founder of Amazon.com 54-year-old billionaire Jeff Bezos. Forbes explained the first place, XI Jinping, the fact that he was able in March this year to overturn the constitutional ban to hold the position of head of the Communist party of China for more than one term and be re-elected leader of the country.

Putin managed for the fourth time to become President, won the election with a record for the post with the result of 77% of the vote. The President of Russia became the first in the ranking of the most influential people in the world by Forbes in 2013, shifting then from the top of the American colleague Barack Obama.

Trump, the magazine notes, during his stay in the White house was not able to get rid of a series of accusations and scandals and unable to move his agenda through Congress, despite the Republican majority.

Credit Merkel is the fact that she was able for the fourth time to become Chancellor of Germany. The top 10 includes, in addition, Pope Francis (81), the founder of Microsoft billionaire bill gates (62), the crown Prince of Saudi Arabia Mohammed Ibn Salman al Saud (32 years), the Prime Minister of India Narendra modi (67 years) and the billionaire Google co-founder Larry page (45).