Gerontologists ready for the break, made sure Elena Kudryavtseva. 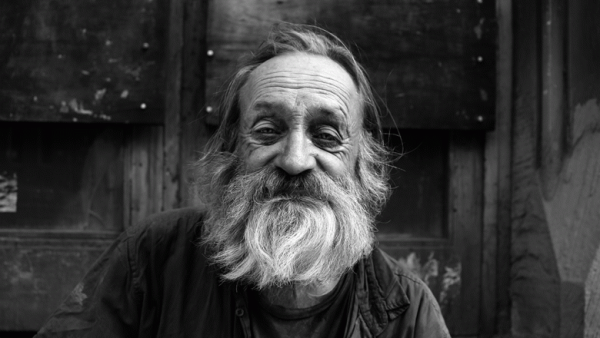 Leading scientists from 17 countries came to Russia to solve the problem of aging. Now, in their opinion, accumulated a critical amount of information that will help to find a cure, seriously extending human life.

A cure for old age will be found in the next ten years. However, to treat them are likely to be first Pets. And the men receiving new medications have become a woman — at least at the level of gene…

These are some of the theses listed by the scientists at the meeting in late April in Kazan conference “Ways to achieve active ageing”. Here four days from around the world gathered the most renowned scientists engaged in the problem of life extension. Geneticists and gerontologists, biologists and pharmacologists, genetic engineers and immunologists — only about five hundred scientists talked about that for a breakthrough to stop aging we need to combine the efforts of specialists of all directions. The conference was organized by the biotechnology company “Initium Pharm” Agency of investment development of the Republic of Tatarstan and Institute of biology, Komi science center URD RAS.

— When I started to tackle the problem of aging, each biologist had a look at this process, and everybody was doing something different, — has told “to the Spark” Michal Jazwinski from the University of Tulane (USA).— Then there was a breakthrough in genetics: in the course of animal experiments, we saw that the change in the activity of specific genes can dramatically prolong life. Since then have found many ways to prolong life, including with the help of pharmaceuticals. And now we need a comprehensive integrated system of aging, which would show how changes on one level of the body respond to each other.

Scientists admit: what is ageing and what is considered its beginning, they don’t know. Is aging the cause of age-related diseases such as cancer or Alzheimer’s disease or, conversely, different diseases, “overlapping” each other, finally give rise to age — gradual extinction of the functions of the body?

This is a very important question that we cannot yet answer, says Professor Ian student life from the Medical College albert Einstein (USA).— It is known that the potential of the human body is much more than what we see. I think that within ten years we will be able to develop mechanisms to intervene and stop aging. The challenge before us is to prolong human life up to 115, 120 or 200 years. And it’s not a question of pessimism or optimism is a matter of accumulation of scientific knowledge.

“To understand what is aging and where the beginning of this process, it is important, because the only way we will understand what is the main target for potential drugs,” explained “to the Spark” a Professor at Harvard medical school (USA) Vadim Gladyshev.

Professor Gladyshev many years engaged in comparative research into the biology of longevity of mammals. In his lab first studied the genome of the mysteriously long-lived animal naked mole rat, giant long-lived bowhead whales and tiny bat Brandt (joint project with the Institute of biology of Komi science center URD RAS) — she lives significantly longer than relatives, for about 40 years. By the way, last year Professor Gladyshev received a government megagrant to create a laboratory for the study of aging and we have at MSU.

Studying long-lived animals at various levels — a fashion trend of modern science. Scientists are trying to understand why different creatures, especially the mammals that were once common ancestor, in the course of evolution has gained such a different life expectancy. The answer in principle is: because the same genes of different beings work in different ways. While long-lived mammals the profile of gene activity similar, despite the fact that, for example, kidney, liver, brain, it is different.

Most likely, this means that “generic” tablets from an old age will not be — the different mechanisms of longevity will have to step up in different tissues and organs.

The work of Vadim Gladyshev and corresponding member of RAS Alexey Moskalev (he was a co-chair of the conference) proved that the key to longevity from a variety of creatures one: they have learned to survive in conditions of oxygen deficiency (hypoxia). This science is fluent and underground naked mole rat, and permanently leaving under water, whales, and bats Brandt that slow down breathing during sleep. To understand how the body “learned” to exist in such conditions, it is especially important for people, because hypoxia causes accelerated aging: without sufficient amount of oxygen affects all organs and tissues, primarily the brain. And the older a person is, the worse he the blood supply to the brain and the more destructive it is manifested at all levels of the body.

Therefore, scientists urge to protect the vessels that supply the brain with oxygen.

Best of all this is facilitated by regular swimming, olive oil, greens and berries in the diet — such a diet contains essential here vitamin K and polyphenols.Italian recipe

Interestingly, many gene variants, which are called the genes of centenarians allow good to transfer various kinds of stress. About this at the conference said one of the most quoted of gerontology in the world, a researcher of longevity Claudio Franceschi. He deciphered the genomes of thousands of Italians who crossed the 90-year milestone. And explored not only the DNA of centenarians, but also the genome of bacteria living in their gut (the human genome, by the way, is about 25 thousand genes, and the genome of microbes — more than 10 million). The result was that, from the genes ‘ point of view, centenarians — a kind of naked mole rats and bowhead whales among us. They have all the same genes as other people, but they have some genes work differently, explains researcher genetics 100-year-old Professor Yusin su from the Medical College named Einstein. According to her, particular gene variants protect the “winnings” from all adverse environmental influences.

Moreover, such people can indulge in harmful excesses, for example, to smoke to a ripe old age because they are genetically determined to overcome the adverse environmental factors better than others.

In turn, Gil Atzmon (University of Haifa, Israel) found that longevity has a strong hereditary component. Thus, it is assumed that genes usually affect lifespan by 25%, and lifestyle — 75%. But even the most correct way of life allows you to live on average, approximately 85 years. Centenarians often the right way of life do not differ, but live more than 90, 100 or 110 years. Therefore, the contribution of heredity in their longevity — up to 50%.

What to do for all who got the longevity gene? To begin with, don’t panic. It is proved that if a person reduces caloric intake by 20-30%, switch to a healthy diet — for example, on the Mediterranean with an abundance of fish, herbs, vegetables and olive oil, limit alcohol, stop Smoking, regularly (but without fanaticism) to exercise and sleep, it is likely that he will live 80-90 years. But the modern society demand not that he just wants to lie on the couch eating roasted pork with potatoes and to live 100 years, thanks to a magic pill. That is the real challenge of medicine. And she tries to give an answer.