Russia should not be closed, and the struggle for the promotion of their products to international markets. This opinion was expressed on Tuesday, may 8, President Vladimir Putin, speaking at the plenary session in the state Duma, RIA Novosti reported. 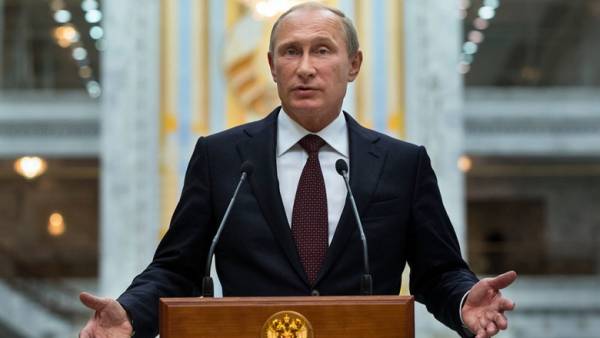 According to the head of the state, the promoting goods will make them “globally competitive” and will raise the level of production in the country. As a result, Russian consumers will be able to obtain goods and services that will not yield to world analogues, he said.

There is no other way. If we semcams and we like cucumbers in a barrel to pickle themselves, nothing good will come of it. Only the cucumbers become more delicious, and there’s something else to add is necessary, as the experts say.Mr Putinprime Russia

The President stressed that for some types of production Russia have already reached such a level that the domestic market is not enough. “I’m not talking about oil and gas that we are not able to consume… metallurgy is extremely large for the domestic market petrochemicals. Our agriculture sector is now becoming competitive,” said the Russian leader.

May 7, Putin signed a decree on the national goals and strategic objectives of Russia until 2024. The document defined the main guidelines for the development of the country for several years, primarily in the socio-economic sphere.