Along with the capital is hit Tomsk, Saint Petersburg and Novosibirsk. 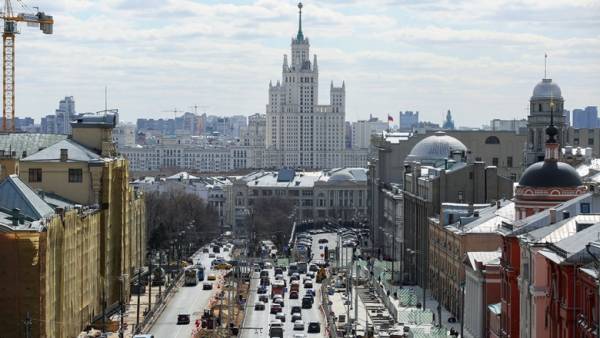 LONDON, may 9. /Offset. TASS Ilya Dmitriev/. Moscow included in the list of 30 best student cities in the world due to the rising rating of the capital’s universities and improve their financial inclusion and activity employers. This is stated in the QS Best Student Cities Ranking released on Wednesday by the British company Quacquarelli Symonds.

According to the study, during which were analyzed 489 cities in the world, the Russian capital has occupied 28-e a place, improving its position by 11 positions compared to last year.

Along with Moscow in the top three Russian cities. Tomsk has risen from 91 th to 74 th place, St. Petersburg has improved its position and climbed to the 76th place, and Novosibirsk took 96th place.

In the preparation of the QS estimates such six aspects as the ranking of local universities, international student body, the attractiveness of the city, the activity of employers, financial inclusion, the students ‘ opinion.

All four Russian cities has improved employment prospects for students and has risen to the category of “activity employers”. The leader here is again Moscow. All Russian cities have entered the Top 50 in the budget for students, and Tomsk (5) and Novosibirsk (10) took up positions in the top ten in terms of “financial inclusion”.

Tomsk, according to students, was also the most attractive place of the Russian cities to study after Moscow (41), finishing in 82nd position. All in all, this criterion assesses the opinions of over 50 thousand students about the quality of student life in the city and willingness to stay after graduation.