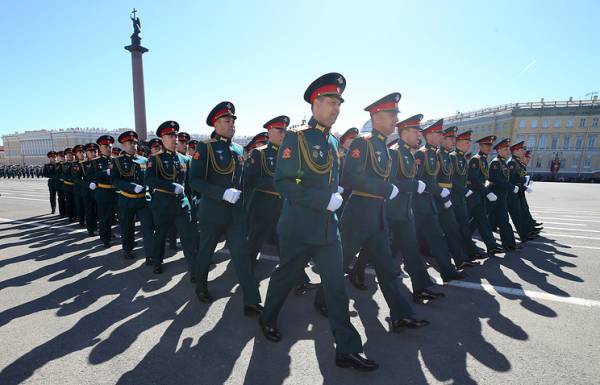 ST. PETERSBURG, may 9. /TASS/. More than 4.5 thousand soldiers, officers, cadets and pupils of military and civilian schools participate in the parade on Palace square in St. Petersburg, devoted to the 73rd anniversary of Victory in great Patriotic war. The parade was taken out about 150 pieces of military equipment, including samples of weapons during the war.