France, Germany and Britain regret the US decision to withdraw from nuclear deal

MOSCOW, may 8 — RIA Novosti. France, Germany and the UK will regret the decision of U.S. President Donald trump to withdraw from the nuclear deal with Iran, said the French President Emmanuel macron. 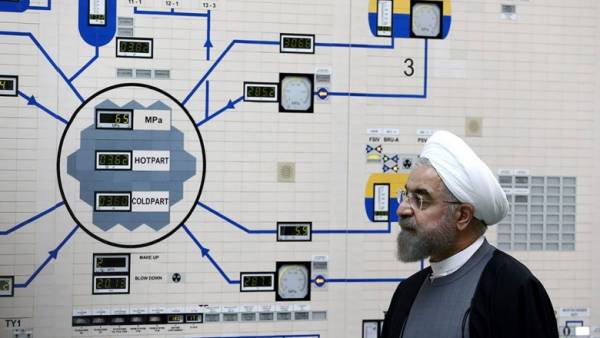 “France, Germany and the UK will regret the decision of U.S. President Donald trump to withdraw from the Joint comprehensive plan of action. The international regime of nuclear non-proliferation in jeopardy,” wrote the Makron in his Twitter.

“We will work together on the broader framework of a nuclear activity, the period after 2025, ballistic activity and stability in the middle East, especially in Syria, Yemen and Iraq,” concluded the French President.

The US President Donald trump said Tuesday that the United States out of the agreement with Iran on its nuclear program.

Iran and “six” of international mediators (Russia, USA, Britain, China, France, Germany) in 2015, reached an historic agreement on the settlement of the longstanding problem of the Iranian atom: adopted a Joint comprehensive plan of action (SVPD), which relieves Iran of the economic and financial sanctions the UN security Council, US and EU.

Trump before the election of the President harshly criticized the agreement, calling it “the worst deal” and did not rule out that will come out of it, if the agreement will not be able to “fix”.