MOSCOW, may 8 — RIA Novosti. In the social network Odnoklassniki to the Victory Day will be held online campaign #Bessmertnyy. Users will be able to share stories of relatives who participated in the great Patriotic war, and learn the stories of veterans in a separate feed photos. Also may 9, in oak there was a festive emotion, and Victory Day on the social network will be live broadcasts of Parades from different cities of Russia. 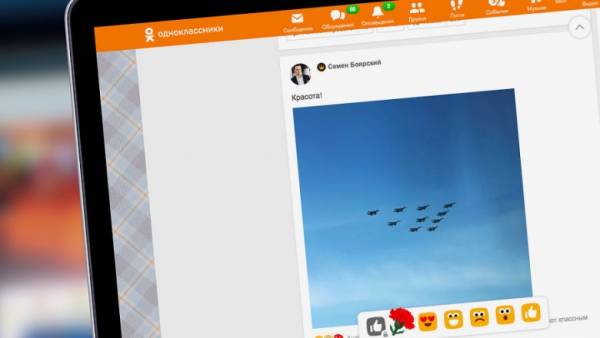 From archival photos of veterans that you downloaded with the hashtag #Bessmertnyy, will be formed the tape war stories: users from around the world will be able to see tens of thousands of images. Tape will be updated in real time, and each story of the participant of the great Patriotic war will be visible to millions of users OK.

On the Day of Victory and Classmates you will also be able to live to see the Victory Parades from different cities of Russia. This time the audience will have the opportunity to watch not only the Parade, but the parade “Immortal regiment” and celebratory fireworks. Live broadcasts will be from Moscow, St. Petersburg, Nizhny Novgorod, Kaliningrad, Sevastopol, Rostov-on-don, Yekaterinburg, Tyumen, Novosibirsk, Chita, Vladivostok and Khabarovsk.