Camp in the Suzdal monastery: in the USSR were held pow

SUZDAL (Vladimir oblast), may 9 — RIA Novosti, Marina Lomovtseva. German prisoners of war, taken in Suzdal NKVD camp No. 160 in the spring of 1943, refused to go to wash, because I was afraid that in retaliation for Nazi atrocities instead of baths will be sent to the gas chambers. However, prisoners not only did not intend to kill, but also attentive to their health. 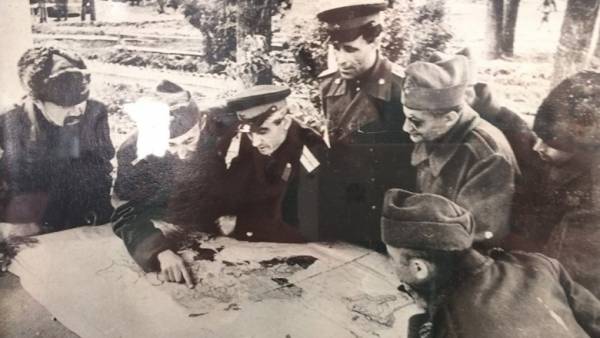 The RIA Novosti correspondent visited the Spaso-evfimiev monastery in Suzdal, where was located the camp, No. 160, and learned that even if the German high command has ruled out torture and the stream of senseless killing, which is evidenced by numerous historical documents, the concentration camp for Soviet citizens and prisoners of war hardly would be close in terms of content to the Russian.

To the painted vaults of the Spaso-Preobrazhensky Cathedral, the main Church of the Spaso-Evfimiev monastery in Suzdal, rise the sounds of “Blagovest” and seems to be on for the sun rise in the clear spring sky. Delight in the combination of professional performance of spiritual songs and beauty and carefully restored by the restorers of frescoes experience here not only the Orthodox believers but also any person who is not alien to art.

Hologram of Stalin and 3D weapons. As technology tell about the great Patriotic war

It is hard to imagine that 75 years ago there was heard German speech, and instead of Church utensils were bunk bunk. In the building of the Cathedral during the great Patriotic war, housed captured German officers…

During his nearly semionovo the history of the Spaso-evfimiev monastery repeatedly became a place of detention. Since the second half of the 18th century there is a “sign” prison for the insane until 1905 contained political prisoners. From 1923 to 1939 on the closed territory of the monastery established a political isolator, and later — the Suzdal camp of special designation, abbreviated “ELEPHANT”, where, in particular, sat the Director of the Library named after V. I. Lenin Vladimir Nevsky.

In the summer of 1940 in Suzdal sent to the internment of Czechoslovakia, of which a year was formed the detachment, who fought in the great Patriotic war on the Soviet Union. In late July, 1941, came here in 1967 the poles, who in September sent in military forces to participate in military operations against Germany and her allies. And in December of the same year, in the Spaso-evfimiev monastery was created filtration camps of the NKVD to check fled with the Western and Kalinin fronts of the Soviet military. After checking they were sent to penal battalions at the front to “wash away the shame with blood”.

Thanks to Russian women

According to researcher Vladimir-Suzdal Museum-reserve Andrey Babakov, after the defeat of the Germans and their allies at Stalingrad, the question arose about placing captured more than 90 thousand people, one of the locations identified were in the NKVD Suzdal camp No. 160, which was ready to accept about three thousand people.

And in early March 1943 Suzdal met columns of prisoners who were going to the place of his imprisonment. Usually they were brought to Vladimir by train. And then walk about 40 kilometers they followed to the place of detention.Andrew Babamunini employee of the Vladimir-Suzdal Museum-reserve

The locals, according to surviving evidence, is expected to meet fierce, contorted with hatred and cruelty of the faces of the murderers just as they used to see the Nazis on Soviet propaganda posters, and I saw the emaciated, ragged people, some of which were on the verge of life and death.

of the City destroyed and rebuilt

“Imagine it’s war. At that time, many malnourished, but was trying to help. The guards even drove supporters from the column, were forbidden to pass food. But not all, of course, was so attuned to the enemy,” — said Babakov. In confirmation of his words he quoted from the memoirs of the former prisoner of war Suzdal camp second Lieutenant of the Italian army Hugo Sakamoto that half a century after the end of the war, in 1993, came here: “I would Like to thank all those women who, when we were in March “come on,” gave us a piece of bread with risk to themselves”.

Italian military in the Suzdal camp, according to Babakov, were in the majority, but, in addition, also included Germans, Austrians, Hungarians and Romanians, as well as a small number of Spaniards — soldiers of the famous “Blue division”, which took in the area of Novgorod and Leningrad. For the representatives of each nationality was assigned its premises.