Admiral Vitko will leave the post of the black sea fleet

Moscow. May 8. INTERFAX.RU — Commander of the black sea fleet (BSF) Admiral Alexander Vitko in the near future will go on increasing, presumably for this position will appoint a Vice-Admiral Alexander Moiseyev has informed “Interfax” on Tuesday informed source in the government of the Crimea. 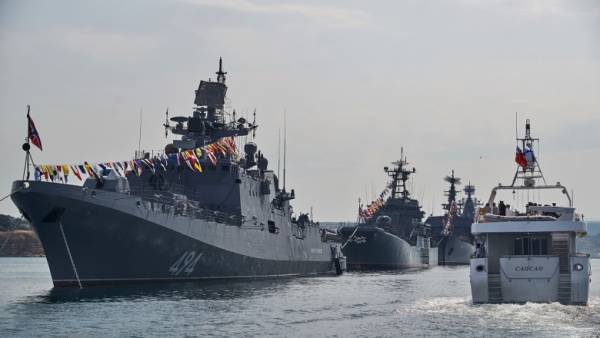 “Vitko was promoted in the near future he will proceed to a new place of service. Presumably, as the commander of the black sea fleet will be replaced by the Hero of Russia Alexander Moiseev,” — said the Agency interlocutor.

Alexander Vitko commanded the black sea fleet for the past five years. The Admiral at the meeting on the occasion of Victory Day on Tuesday in Sevastopol announced that he is leaving his position and thanked the black sea sailors and residents for working together, the Agency said one of the participants in the celebrations.

According to him, the may 9 Victory day Parade in the Hero city of Sevastopol will take Alexander Vitko.