The EP has decided to support Medvedev’s candidacy for Premiership

MOSCOW, may 7 — RIA Novosti. The faction “United Russia” after consultations with Dmitry Medvedev made the decision in a consolidated manner to support his candidacy for the post of Prime Minister, told reporters the head of the faction Sergei Neverov. 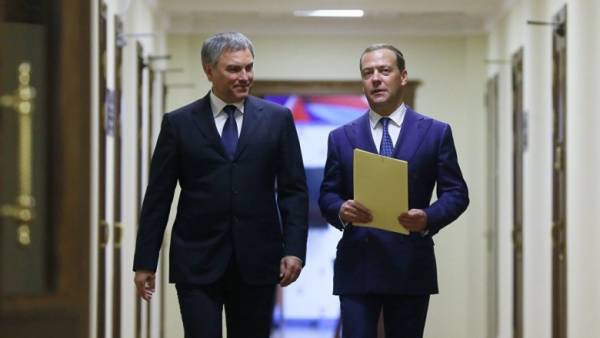 Earlier Monday entered the office of the President of Russia Vladimir Putin proposed the Duma to consider the candidacy of Medvedev for the post of Prime Minister.

“The faction “United Russia” made the decision together to support the candidacy of Dmitry Medvedev for the post of Chairman of the government”, — said Neverov.

He also noted that Medvedev’s candidacy was supported by 100% of MPs.