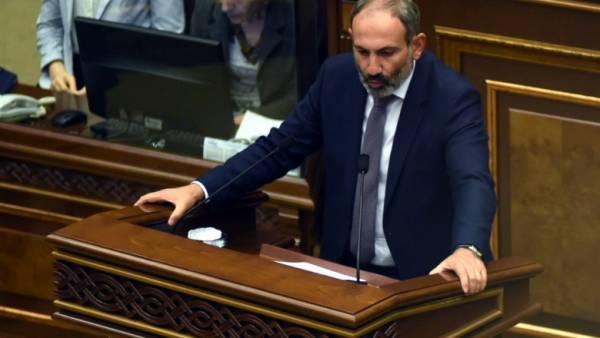 Candidate Nikol Pashinian was supported by 59 deputies voted against 42 people. The vote was attended by 101 out of 105 deputies.

Now Pashinyan must within 15 days submit to the President of Armenia Armen Sargsyan candidates for positions in the government. Pashinyan said that does not rule out cooperation with the opponents of the Republican party of Armenia (RPA). The politician promised not to invite the government of the oligarchs.

Pashinian was elected the second time. During the first election on may 1, he lacked eight votes. But this time, his candidacy was supported by the RPA, which has a majority in Parliament (58 out of 105 seats).

The politician was the only candidate for the post of Prime Minister. 30 APR faction “Elk” officially put it forward and the rest of the party decided not to present alternative options. After Pashinian was not elected in Yerevan began a General strike.

The former Prime Minister of Armenia Serzh Sargsyan on April 23, resigned. This happened on the background of mass protests in the country, the leader and organizer of which was Pashinyan. The people opposed to Prime Minister Sargsyan, as before 10 years he was President of the country. In fact, it would be his “third term”.

After the constitutional reforms in Armenia was a parliamentary Republic. The President it now has formal powers and Executive functions. The real power in the country belongs to the government headed by the Prime Minister.

See also: the leader of the Armenian opposition refused to consider “the Ukrainian experience”