Poroshenko said the number of Russian soldiers in the Donbass

Moscow. May 8. INTERFAX.RU. According to the Ukrainian side, 50% of those who are now fighting in the Donbas against Ukraine are Russian citizens, said the President of Ukraine Petro Poroshenko in an interview to CBS News. 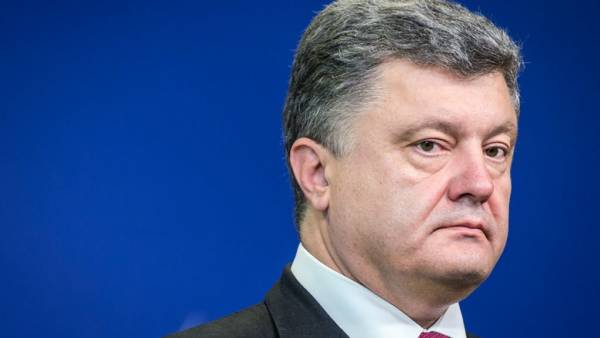 Answering the question how many Russian soldiers are in Eastern Ukraine, Poroshenko said: “We have confirmed figures that in different periods of their number was from 10 thousand to 2.5 thousand regular Russian troops in the occupied territory.”

“Plus they have almost 50 thousand troops of the so-called “Russian volunteers” that were recruited through the Russian mobilization system and sent there. However, they pretend that they are not soldiers of the regular army. But they — the Russians, they are ethnic Russian, they are Russian soldiers. They use Russian weapons and ammunition,” — said Poroshenko, quoted on Tuesday a press-service of the head of state.