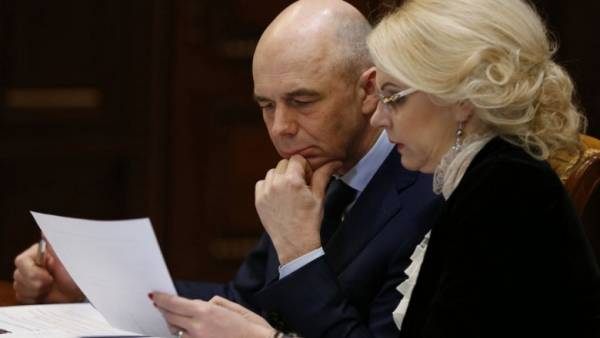 Nominated by the President for the position of Chairman of the new government Dmitry Medvedev at the meeting with the faction “United Russia” in the state Duma proposed to the post of Vice-Prime Ministers, the current acting Minister of Finance Anton Siluanov and the Chairman of audit chamber Tatyana Golikova. This was confirmed by the deputies present at the meeting with Medvedev in the lower house.

Siluanov proposed the candidature on a post of the first Vice-Premier in charge of Economics and Finance, Golikova on a post of the Vice Prime Minister for health and social services. In the former government, these posts were taken by Igor Shuvalov and Olga Golodets.

Vice-Premier, curator VPK Dmitry Rogozin is proposed by Deputy defense Minister Yuri Borisov, who oversees the Ministry of defense procurement of arms. For the post of Deputy Prime Minister for culture and sport Medvedev submitted the candidacy of the social Deputy Prime Minister in the former government Olga Golodets.