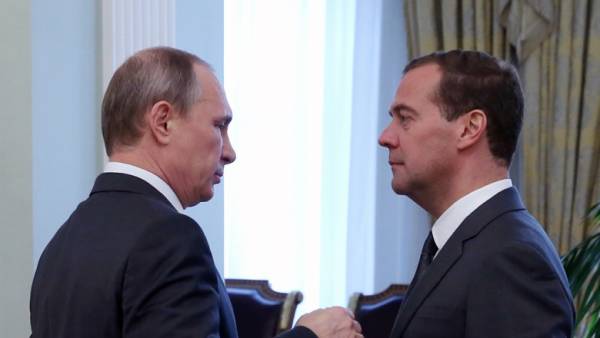 This was stated by acting Prime Minister Dmitry Medvedev at a meeting with the faction of the Communist party, according to RBC with reference to the four participants. According to interlocutors of the edition, Medvedev said that “minimum funds” for this purpose was found.

After the official inauguration, Putin signed a decree which formalized voiced in the address to the Federal message development objectives of the country until 2024

According to the new decree, Russia must enter the five largest economies in the world, to reduce by half poverty, improve incomes and increase the life expectancy of the population.

These goals will be issued in 12 national projects in the field of demography, health, education, urban development, ecology, highways and the digital economy.

The previous government discussed the funding sources and the restructuring of the tax system. The final decision on the tax was not accepted. However, in late April, Medvedev said that the government was “on the verge” of another important decision the preparation of a bill to increase the retirement age.

Medvedev’s candidacy for the post of Prime Minister Putin suggested. On Tuesday in the state Duma at plenary session will vote on the approval of the Prime Minister.