In the U.S. Congress proposed to impose sanctions against suppliers of the defense industry of the Russian Federation

Moscow. May 8. INTERFAX.RU — the house of representatives Committee on the armed forces of the United States Congress proposes to give the us President authority to impose sanctions against suppliers of the Russian military-industrial complex. 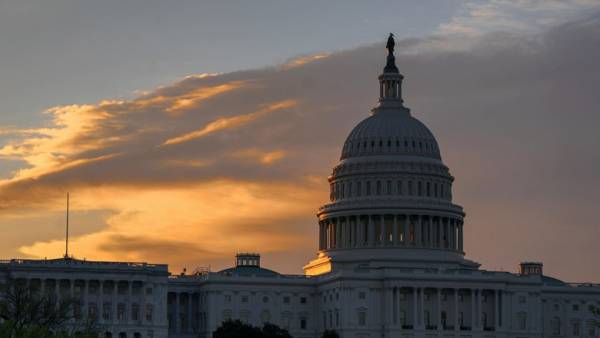 A proposal submitted to the bill funding the US Department of defense and its policies for 2019, which is posted on the Committee website.

“This section would require the imposition of sanctions on persons providing certain support to the Russian industry, with a focus on the supply chain of the Russian defense industry related to the development or production of key military equipment samples and advanced conventional weapons,” — said in the text of the draft law.

According to the document, the section “will contain extended sanctions to the governments of state sponsors of terrorism that receive such equipment from Russia.”

The President is empowered to include in the list of those whose work has implications for U.S. national security.

In addition, this section of the bill “would make amendments to section 231 of the law “On combating the enemies of America by sanctions” (CAATSA), and, thus, would provide the authority “to suspend the imposition of sanctions under this act for 180-day periods”, if the person buying the weapon in Russia, demonstrate that they “directly support the objectives of US national security” and take certain steps, including “the termination of relations in the military sphere or reducing dependence on Russian defense sector”.

It is noted that within 120 days after the effective date of the law the President must submit a report to Congress with information about the supply chain used within the Russian programs of the arms trade.