MOSCOW — RIA Novosti, Andrei Kots. The famous Russian “rooks” will soon gain a second youth: the defense Ministry has announced a tender for the modernization of the party of four su-25 to version CM3. The car will get a brand new combat options, which previously could only boast high-tech and expensive fighter-bombers 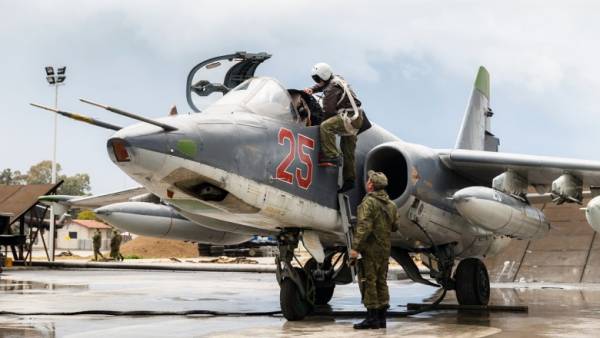 However, they will retain their main advantage — proven reliability and tremendous vitality. About the features of the su-25СМ3 — in the material RIA Novosti.

2015 service with ATT Russia received about a half dozen su-25СМ3. The price of the contract for the modernization of the next batch is about 1.6 billion rubles. With the revision of the aircraft engaged in the 121st aircraft repair plant have accumulated over decades of extensive experience in overhaul, maintenance and improvement of Soviet and Russian “rooks”. According to open sources, the first front-line vehicles entered service with the 960 and the 368th assault regiments. And the baptism of fire of the su-25СМ3 were in Syria last summer. Although the upgraded machines are a variant of the basic su-25 fighting since the mid-1970s, they meet all the requirements of modern attack aircraft.

“On upgraded stormtroopers kept integrated in the airframe reservation, has repeatedly rescued pilots in even seemingly hopeless situations. But inside is a completely different machine, — told RIA Novosti chief editor of the magazine “Arsenal Fatherland” Victor murakhovski. — The main innovation — sous-25СМ3 got a modern sighting and navigation complex SALT-25 (optical laser imaging), which has learned to detect and monitor ground, surface and air targets in all weather conditions and at any time of the day. Earlier versions of stormtroopers at night practically at war”.

As the experience of armed conflicts of the last 20-30 years, in most cases, the “rooks” was struck by ground target free-fall bombs and unguided rockets (NAR), have changed little since the days of the great Patriotic war. Su-25СМ3 attacking a wide range of modern smart weapons. It is known that the updated stormtrooper knows how to use anti-radar missiles to disable the enemy air defense, guided aerial bombs and more.

“Prompter” for the pilot