Found the long straight paths by land and water

The researchers wrote a program that analyzes the lengths of possible paths on the surface of the Earth, entirely passing over land or water. It turned out that the long sea route starts off the coast of Pakistan and ends at the Kamchatka Peninsula, and the land passes from China to Portugal. The results presented in the paper on the website arXiv.org. 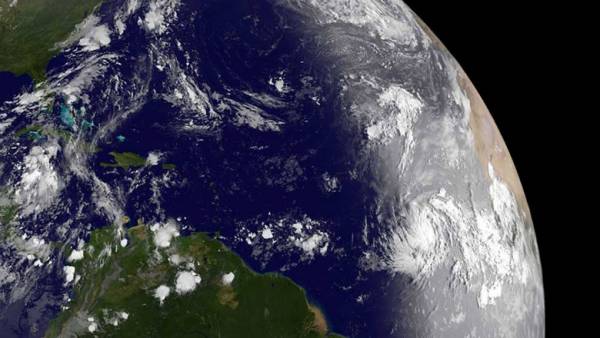 In 2012, users of one of the most visited sites of the Internet Reddit had an argument about what the trajectory as a straight line on the surface of the Earth, passing only on the water, will be the longest. One of the participants posted a picture that shows the path starting from Pakistan, passing between Africa and Madagascar, South America enveloping and abutting land only on the coast of Kamchatka. This caused a fierce debate, but none of the parties could not give a decisive argument about whether such a path the longest.

From the point of view of cartography, the longest path must be an arc of a great circle that is part of the intersection of the Earth’s surface and the plane passing through the center of the planet. However, a map with a resolution of a few kilometers, you can draw hundreds of billions of great circles, and a direct verification of this number of trajectories would take too much computing time. In the new work of Roan Chabukswar of the development Center of United Technologies in Ireland and Kushal Mukherjee of the Indian research Center IBM describes an algorithm that can find such trajectories for a small time.

The authors applied the method of branches and boundaries, which the computer compares the family of trajectories (branches) and determines the degree of their proximity to the optimum (of the border). When selecting the best branch, the algorithm is repeated, this time with respect to a subset of the trajectories only of this branch.

The algorithm calculated the longest sea route in about 10 minutes, and on land — 45, while working on a standard laptop.The authors

It turned out that proposed several years ago, the solution is correct: if to sail from Sonmiani in Pakistan and sail in the Karaga district of the Kamchatka region, the length of the path will be 32 089,7 kilometers. If the path by land it is necessary to start around the Chinese province Jinjiang in Quanzhou, cross Mongolia, Kazakhstan, Russia, Europe and finish the trip in the Portuguese Sagres. In General, this path crosses 15 countries and stretches for 11 kilometers 241,1.