KRASNOYARSK, may 8 — RIA Novosti. Firefighters looking for the source of fire in the Krasnoyarsk Palace of sports named after Ivan Yarygin, told journalists the representative of the press service of the Krasnoyarsk Directorate of the MOE Alexander Yakimov on the scene. 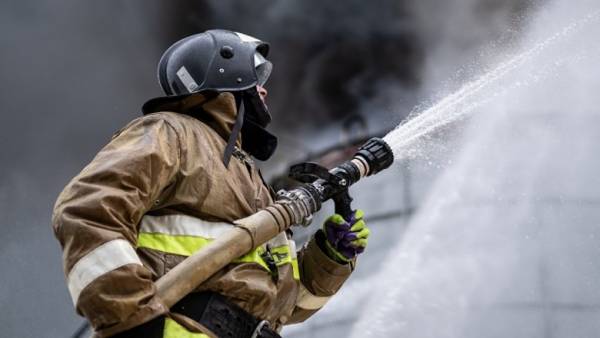 Previously, the Agency reported that the message about the fire came in 05.32 (01.32 GMT) Tuesday. The complexity of fire was No. 3, the dead and injured there. Preliminary cause of the fire could be ignited power cables in the Elevator shaft.

“Heavy smoke in the facility. Looking for a home. The smoke is due to the fact that maybe burning braid of these cables. Security of the building supports, the danger of the collapse is not”, — said Yakimov.

At the moment the helicopter with a device for extinguishing arrived at the scene of the fire, but water discharge is not carried out. According to the regional Department of emergency situations work at a place 21 vehicles and over 50 personnel. According to traffic police, the traffic through the island of Relaxation is completely blocked.