Coastal defense got on sale

TFR opened 15 cases of embezzlement in the ground units of the Baltic fleet. 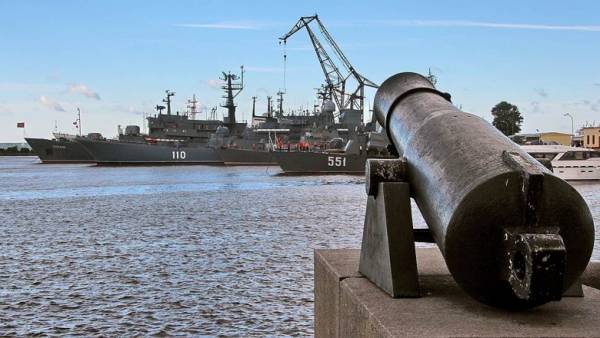 As it became known “Kommersant”, the military counterintelligence identified major theft in parts of the coastal defense of the Baltic fleet. The investigative Committee of Russia (TFR) on the materials of counter-intelligence initiated 15 criminal cases, including against the commander of a repair-regenerative battalion of Roman Kovalenko. Colonel, known to those that sent their own in the Victory parade T-34 tank, removed from the pedestal, is accused of embezzlement of military property. Soon the coastal part of the fleet reviewed by a Commission of the Ministry of defense.

A criminal case against the commander of a repair-regenerative battalion of Roman Kovalenko, head piece with 2012, 306th military investigation Department of the TFR in the APU Baltic fleet opened under part 3 of article 160 of the criminal code (misappropriation or embezzlement committed by a person using his official position). The Colonel suspected that in 2017, was stolen from part of the 12 tons of units and units of military equipment, including 11 side gearboxes, 5 guitars Assembly with the air compressor and the gear 21 with a balancer and 26 torsion bars for T-72 tanks. In addition, according to investigators, the officer illegally sold 2.6 million tyres for cars “Ural”, “KrAZ”, “ZIL” and “KAMAZ”.

The property of the defense Ministry, according to investigators, was subject to implementation as released, but the commander of the unit, sold it, pocketed the money. During the searches by counterintelligence agents had seized the contract signed with JSC 1470 umto (materialno Management and technical support.— “B”), under which the company had to spend loading and unloading the tires on the side. However, in accordance with another contract JSC sold their company “Euromarketing”. Local businessman Vladimir Balaban and his wife, the owners of the stock, yet are witnesses in the case. In fact, according to the source “Kommersant”, may soon appear in other episodes.

Turning to the Kaliningrad garrison military court, the investigators demanded to send Lieutenant Colonel Kovalenko in jail, but he was put under house arrest. Perhaps a role was played by the impeccable reputation of the officer in 2015, the army received known (about it told leading military publications and many TV stations), to restore standing on the pedestal of the tank-monument T-34−85 to the driving state, since the machine is a member of the Victory parade.

This criminal case was one of 15 filed recently on charges of theft of parts of the coastal defense of the Baltic fleet. Under investigation, in particular, was the former commander of the air defense units located in Gvardeysk, major Sergei Medvedkin and the Deputy commander of anti-aircraft missile and artillery battalion armament major Bakir Zohrabov. Last year, as the established military counter-intelligence service, they stole from in the territory of parts of the parks combat vehicles and six engines for tractors YMZ-238Л.

According to the documents available at the disposal of “Kommersant”, the first results of investigation of state of emergency in the repair and recovery battalion was reported to the chief armored Directorate of the defense Ministry, Lieutenant-General Alexander Shevchenko. From may 16 on the territory of military units of the Baltic fleet will begin work the Commission of the Ministry of defense in the rear, which must verify the integrity of military property. It is possible that after the visit of the auditors will be instituted new criminal cases, and there will also be changes in the leadership of the units of coastal defense.