KYIV, may 7 — RIA Novosti. The head of the security Service of Ukraine (SBU) Vasyl Hrytsak has accused the Russian military involvement in the shelling of Mariupol in 2015, in which 30 people were killed and over 100 injured. 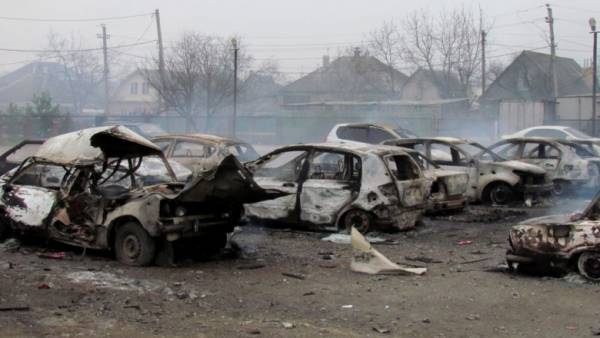 According to him, the security service of Ukraine will give to the international court of justice of the record allegedly intercepted telephone conversations. “We are talking about the tragic events that took place in Mariupol in connection with the shelling of the Eastern district, which took place 24 January 2015”, — said Hrytsak on Monday at the briefing, which was broadcast Ukrainian TV channels.

Hrytsak said that 11 people declared suspicious, four of them — citizens of Ukraine, the others — Russians.

All they wanted, besides, it is planned to declare them wanted by “Interpol”. He also said that Kyiv will transfer to the international court of justice all of the materials claim to 12-14 Jun.

Earlier, Kiev has appealed to a number of international jurisdictions, particularly the European court of human rights and the international court of justice with a claim against the Russian Federation. In their complaints, Ukraine is required to pay damages for their lost property in the Crimea, the responsibility for alleged human rights violations on the Peninsula and in the Donbas. In addition, a number of lawsuits filed by Kyiv in the Stockholm arbitration court referred to the gas contracts between Russian Gazprom and Ukrainian Naftogaz.

Kiev has repeatedly accused Moscow of meddling in Ukraine’s Affairs. Russia denies it and calls such accusations unacceptable. The Russian defense Ministry has repeatedly reported that not supplying the militia military equipment, ammunition and other assistance. Statements of Kiev on this occasion the defense Ministry has called “absolute nonsense” that “defies any criticism”.