The study showed that all roads really lead to Rome

A team of researchers decided to find out, is it true the famous saying. 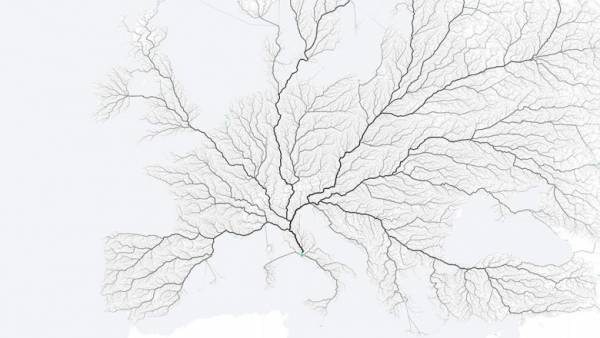 Team Moovel Lab from Stuttgart studied land routes in Europe, the study of mobility in cities. The network of roads covering 26 503 452 km2, scientists have identified 486 713 starting points from which was going to get to Rome, and put them on the map of European streets. The algorithm, developed specifically for the project, it took over 5 hours to build the shortest routes from given points to the capital of Italy. The study used data from the Open Street Map software and open source.

The result is a map where all roads lead to Rome. The more you used a particular route, especially a thick line he had marked on the map. In the heyday of the Roman Empire created a vast network of roads throughout Europe, from Britain to Turkey, connecting provinces through 113 373 routes spanning more than 80 000 km. On this day the main roads of Europe, there are the Roman roads.