Moscow. May 7. INTERFAX.RU — Amount of theft was originally committed by the accused in the embezzlement, the press Secretary of Roskomnadzor Vadim Ampelonskiy, was 58 million rubles, but then decreased significantly, reported “Interfax” on Monday, a source familiar with the situation. 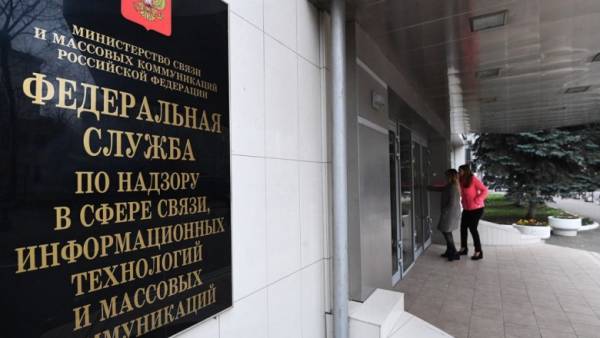 “Initially it was about 58 million rubles, and then decreased almost to 20, and then even more. What will it be in the end — it will become clear by the end of investigative actions”, — said the Agency interlocutor.

Lawyer Ampelonskiy Sergey Sedakov explained to “Interfax”, it does not comment on the investigation because of a gag order. However, according to the lawyer, the amount of damage alleged in the present, his client, much less one that was discussed in the criminal case.

Press Secretary of Roscomnadzor and head of the legal Department of the regulator, Boris Edidin and adviser of General Director FGUP “the Main radio frequency center” (GRCC) Alexander Vasilchikov charged with theft by embezzlement in especially large size (part 4 of article 160 of the criminal code). Previously, defendants were accused of especially large fraud more than 20 million rubles (part 4 of article 159 of the criminal code), but in the spring the investigation reclassified the charges, after which the amount of damages for three was around 6 million rubles.

As the result, only to criminal liability in the case brought by 14 people. Publicly known about one of the defendant — the CEO of GRCC Anastasia Zvyagintseva, which is under the recognizance not to leave. The remaining ten people, as reported previously, “Interfax” the lawyer Edalina Arthur Bolshakov, are in the status of suspects or defendants, in this case, according to counsel, “by the time of completion of the investigation, all the investigation plans to bring charges”.