Vladimir Putin on the eve of the inauguration of the President held a meeting with Cabinet members and outlined the main goal for the coming years. 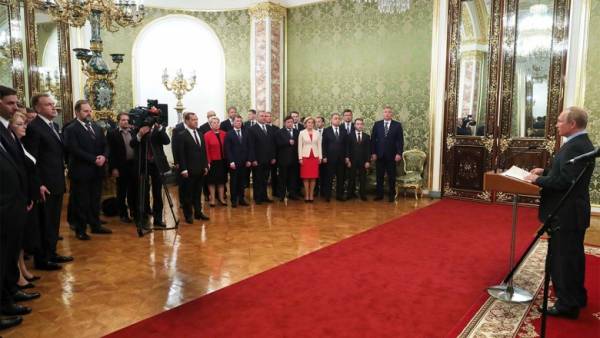 The Russian leader stressed that a key challenge will be to increase real incomes of Russians.

“Overall, our key task in the coming years — steady increase of real incomes of citizens. And now for this there is a good base”, — the statement says Putin, published on the Kremlin website.

The President noted that the overall stability of the economy grew, we managed to overcome the sharp drop in oil prices, to cope with the attempts of sanctions pressure and changes in the global environment.

“The government’s actions helped to overcome the recession, to ensure the restoration and revival in many sectors of the economy. The economy goes on a growth trajectory. Managed not just to ensure stability, and in fact to form a new macro-economic reality of low inflation”, — said Putin.