Novosibirsk physicists have confirmed the authenticity of the landing of U.S. astronauts on the moon

Studies have shown the identity of the lunar soil, delivered the Soviet automatic stations and astronauts of the United States. 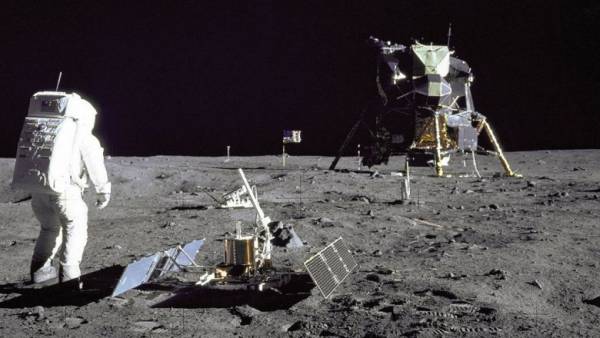 Moscow. May 7. INTERFAX.RU Studies of the lunar soil at the Novosibirsk synchrotron radiation source confirm that the American astronauts really landed on the moon. This publication reports the Siberian branch of the Russian Academy of Sciences “Science in Siberia”.

Synchrotron radiation was used for comparison of lunar soil brought to earth by the Soviet automatic stations and astronauts of the United States, according to the publication, devoted to the 100th anniversary of the founder of the Institute of nuclear physics Budker Hirsch.

“The analysis showed almost identical composition of both samples. It rejects today’s insinuations that the Americans never landed on the moon” — said academician of RAS, Director of the Siberian center for synchrotron and terahertz radiation Gennady Kulipanov, quoted by the publication.