Latest “the Avengers” has collected record box office this weekend

Comic Marvel walked on charges of “Pirates of the Caribbean”. 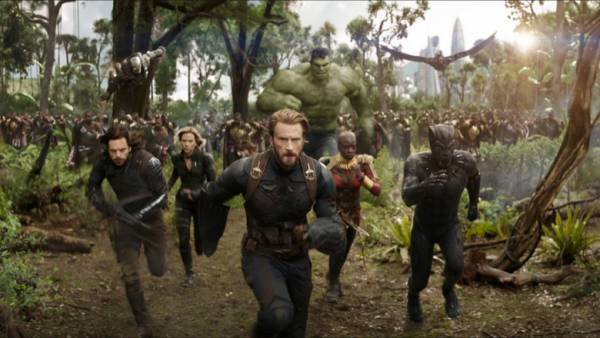 “The Avengers: infinity War” gathered in Russia for the first weekend 992 million rubles, follows from the preliminary data of the state system of accounting of tickets UAIS. This is an absolute record for theatrical release in Russia. The previous record belonged to the movie “pirates of the Caribbean: Dead men tell no tales” from the same Studio Disney, which last year gathered the first weekend rental in Russia, RUB 968 million Total according to the magazine “Bulletin of film distributors”, the part of the pirates gathered in Russia and the CIS (excluding Ukraine) to 2.3 billion RUB. This is the third result at the box office among the paintings in the history of steel in Russia.

“the Avengers”: a guide for those who did not know or have time to forget everything

“The Avengers: infinity War” — is the 19th film, created by Marvel comics and the third movie of all the heroes from the Avengers team.

Because of the audience of fans of comics in Russia traditionally attract a very large sum at the start. But in General, the cash only two comic and one Disney comic from 20th Century Fox are in the top 20 films at the box in Russia. This previous series of “the Avengers” (“age of Ultron”, 1.7 billion rubles), the second Guardians of the Galaxy (RUB 1.6 bn) and “Deadpool” (1.8 billion RUB).