The InSight mission was launched to Mars

MOSCOW, 5 may — RIA Novosti. Atlas V rocket with a research probe to study the InSight of the inner layers of Mars was launched on Saturday at 14.05 GMT from the spaceport Vandenberg in California (USA), a stream of running lead NASA. 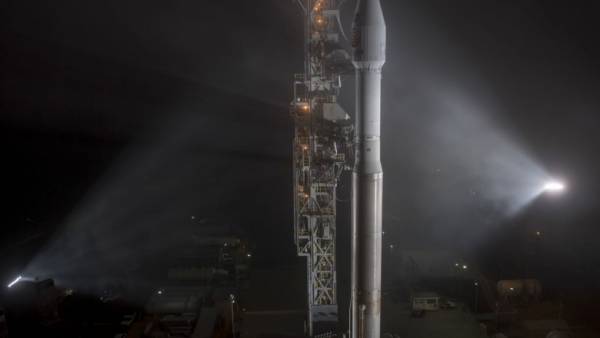 Machine InSight is the first mission to study the inner layers of Mars. The probe will establish on the planet a seismograph to measure the internal movements of rocks and the blows of meteorites, this will allow scientists to learn more about the structure of the planet. The probe also will conduct drilling of Mars and other experiments to learn more about its formation and development.

LIFTOFF! Humanity’s next mission to Mars has left the pad! @NASAInSight heads into space for a ~6 month journey to Mars where it will take the planet”s vital signs and help us understand how rocky planets formed. Watch: https://t.co/SA1B0Dglms pic.twitter.com/wBqFc47L5p

The device is equipped with a microchip with the names of the earthlings. The arrival of the probe to Mars is scheduled for November 2018.