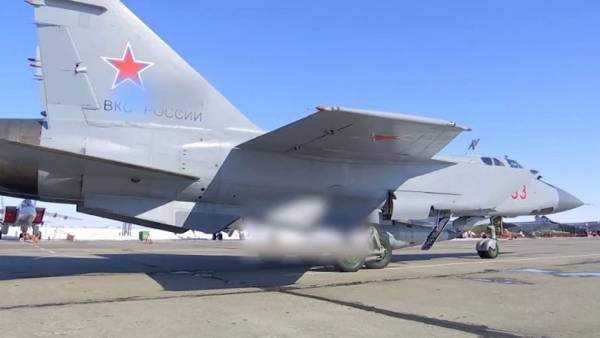 “In confirmation of the fact that this is not some exotic: today, ten planes are on experimental combat duty and ready to use depending on the situation,” he said in an interview with TV channel “Star”.

It is a modern weapon: hypersonic missile with extended range, which, in fact, can overcome air defense systems and missile defense. Invulnerable and has a very serious military power and potential. Yuri Borisovzhilstroi of the Minister of defence of the Russian Federation

He said that the MiG-31 is most suited in order to accelerate the missile to the desired speed at the desired heights.

See also: Hypersonic complex “Dagger” for the first time will present at the Victory Parade