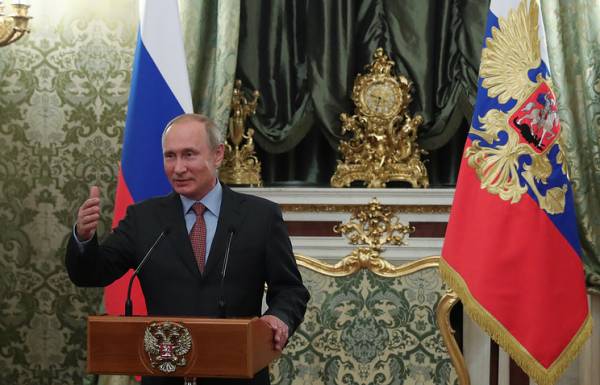 MOSCOW, may 6. /TASS/. Russian President Vladimir Putin later on Sunday evening, thanked the members of the government, which on Monday, according to the Constitution, resigned before the new entrant to the post of head of state. As reported to journalists the press-Secretary of Russian leader Dmitry Peskov, Putin noted the contribution in the organization of team work of Prime Minister Dmitry Medvedev.