In the tomb of Tutankhamun there is no secret rooms

The Ministry of antiquities of Egypt issued a statement that the study refutes the hypothesis of the existence of hidden areas in the tomb of Pharaoh Tutankhamun in the valley of the Kings. Research using GPR provided “compelling evidence about the lack of secret rooms near the tomb of Tutankhamun”, it said in a statement, reports AFP. 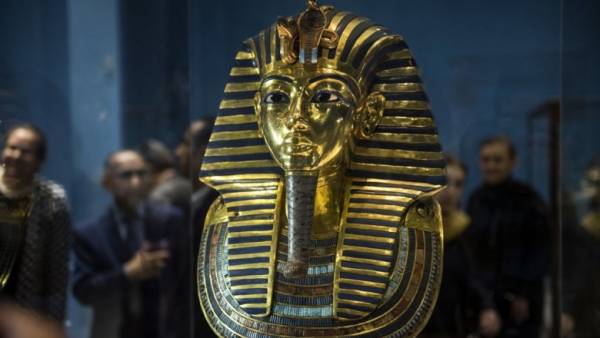 Tutankhamun was a Pharaoh of Ancient Egypt, of the XVIII dynasty, the approximate years of his reign — 1332-1323 BC, After a short reign, he died at the age of 19 years, on the causes of death until now, scientists argue, putting forward a number of versions —from severe malaria to complications from injuries received in a fall from the chariot. His tomb is interesting in the first place so that was not looted. For modern science it was opened in 1922, archaeologists Howard Carter and George Carnarvon.

According to the Egyptian Ministry, more information about the research with GPR will be published later. The data will announce the head of the Italian research group Francesco Porcelli from the Politecnico di Torino. The Ministry said that the report Porcelli “concluded with a very high degree of confidence that the hypothesis of the existence of hidden rooms or corridors adjacent to the tomb of Tutankhamun, not supported by data of GPR”.

Past studies have pointed to the possible existence of such rooms, although he was criticized by many experts. In particular, the British Egyptologist Nicholas Reeves has put forward the idea that the tomb was actually built in honor of Nefertiti — wife of the father of Tutankhamun, Akhenaten. According to this theory, after the sudden death of the young king his body was placed in the outer room of the tomb. The DNA evidence that Akhenaten was the father of Tutankhamen, but the identity of his mother remains unclear.