The TV channel “Russia 24” was off the air on may 6 edition of the author’s program Director, the Chairman of the Union of cinematographers of Russia Nikita Mikhalkov’s “Besogon”. 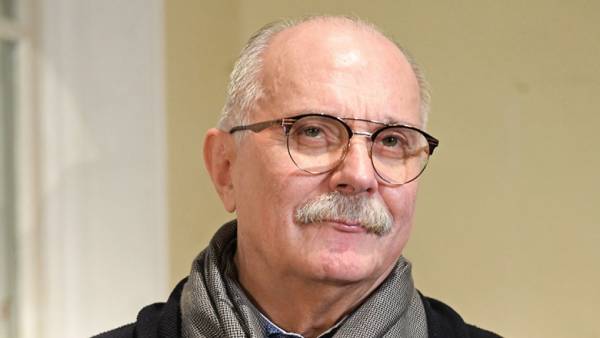 The reasons for this decision in the message channel are not listed, however, there is a brief description of the issue.

“Besogon” discusses the difficulties of communication in the modern world. Why bureaucrats, politicians, leaders of countries often do not hear the people who lead?

Why entire countries can’t hear each other, turning all communication into a farce and falsehood? Why are specific questions that Russia is trying to ask other countries to dissolve in the common lengthy answers that lead away and distract from the essence, from the main? Who benefits, and what lies behind this communication false? Is there in all these relationships — both within the country and outside the place of morality? Who are its carriers, and what is its measure? And where does Harry Potter?, — said in the announcement.

In the broadcast of the TV program “Besogon” April 20, he stated about reduction of the staff of the State fire supervision and military fire departments at the initiative of the head EMERCOM of Russia Vladimir Puchkov, the purchase of machinery at inflated prices, and the distortion by the office of statistics in their favor. The Minister said that these reports are untrue, reports of the FAN.

I don’t watch TV. Came to me applying for this transfer. I pity the people who watch such programs, and doubly sorry for those who believe what it shows. Nonsense — and write.Mr Packagelist MOE

In June last year Mikhalkov has given exclusive interview “Газете.Ru”. Among other things, the Director answered the question of whether he feels the need to comment on pressing socio-political topics or in this program for you to have a creative challenge.

“The point is that I myself answer the questions that interest me. I, as a Russian artist, trying to analyze what is happening around, what I care about,” — said Mikhalkov.

We are completely independent — no one on the channel knows what will be the next release. And the channel gets the finished product just before the broadcast.Nikita Michalkovice

According to him, the authorities never have any impact on the program.

“This is a huge advantage, I would even say high. No hand of the Kremlin or state politics have never been and are not customers of our program. We have six people, we sit and read, leaf through, looking for what interests us”, explained the Director.

He also commented on the previous withdrawal of the issue of “Besogon” off the air.