The chief military Prosecutor of Ukraine Anatoly Matios gave information on the number of participants of military operations in the Donbass, who have committed suicide since the beginning of 2018. 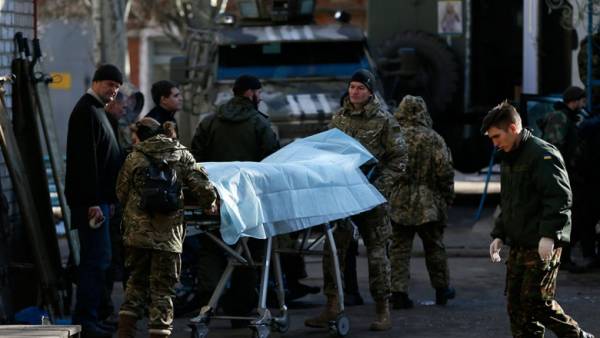 “For the period of this year, this data ERDR (Unified register of pre-trial investigation in Ukraine. — iz.ru), to date, committed suicide 33 soldiers. Mostly in the area of ATO (anti-terrorist operation. — iz.ru.). The reasons vary — from family problems to mental rejection fatigue”, — quotes the statement of the Prosecutor in the program “Evening Prime” “Strenia”.

24 APR Matios reported that out of 326 thousand of the Ukrainian military involved in military operations in the Donbass, at least 554 people have committed suicide.

“Since the beginning of ATO status of combatants received almost 326 thousand people, 8489 of them maimed and wounded, 3784 soldiers were killed. At least 554 people committed suicide,” — said the military Prosecutor.

According to him, the cause of suicide is that of rehabilitation and adaptation after military operations are conducted.

The military operation of Kiev against the people of Donbass called “anti-terrorist operation” began in April 2014 due to the failure of the region to recognize the results of the February coup in Ukraine.

According to the UN, in 2014, in the East of Ukraine has killed more than 2.5 thousand of civilians.