A leader of the military polygon convicted of fraud when disposing of aircraft armament. As it became known””, during the machinations of the aviation guided missiles will appear in court Oleg Pronin, the former CEO of one of the largest landfills in Russia. The defense Ministry has paid for the disposal of its missiles, hoping to receive money for the scrap taken from them and sold metals. Instead, the engines of the missiles were in Ukraine. 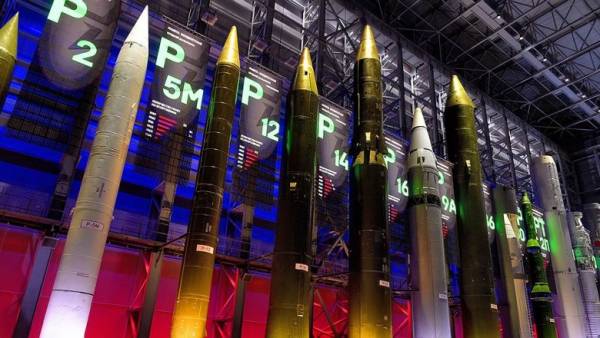 A criminal case of Oleg Pronin, removed from office of Director General of Federal state enterprise “State governmental scientific-testing area of aircraft systems” (FKP Gknipas), consider Voskresensky city court of Moscow region. The main investigation Department of the Investigative Committee of Russia (GSU SKR) Moscow region, accusing him of complicity in two large frauds (part 4 of article 159 of the criminal code), and also in plunder of the weapon, accessories to it, ammunition, explosives or explosive devices (part 4 of article 226 of the criminal code). All three crimes were committed in an organized group. In the fraud, according to investigators, Mr. Pronin has acted as an accomplice, and if the theft — the actual perpetrator of the crime.

Oleg Pronin, since 1979, worked at the site, and in 2012 led the company, on the petition of the investigation was determined by Babushkinsky district court of Moscow under house arrest, which was not appealed. Moreover, after a while it completely admitted the guilt, having signed pre-trial cooperation agreement with the Moscow region Prosecutor’s office. Due to the deal and testimony against other participants in the crime, Mr. Pronin had the opportunity to have their case heard in a special order of legal proceedings, guaranteeing him the minimum punishment. In turn, the court got rid of the long hearings. Consideration of 180 volumes of criminal case of mister Pronin, separated from the General investigation in the normal way could take up to a year, and he needs to get time in a couple of meetings. However, while in a special manner it does not matter. The hearing was scheduled for April 4, then April 12, but because the Prosecutor they did not appear, the trial was postponed to may 28. According to sources, “Kommersant”, in early summer Oleg Pronin may get a conviction, which, in accordance with the law shall be appealed only in the part of the appointed time.