The CSR suggested to create a common government digital platform

MOSCOW, may 4 — RIA Novosti. Digital transformation of the Russian economy requires the emergence in Russia of cybersecuirty, experts of the Centre for strategic developments (TSSR). They proposed to create a common government digital platform that will unite all the existing disparate systems of ministries and departments and translated into a digital format all the interactions between citizens and the state. 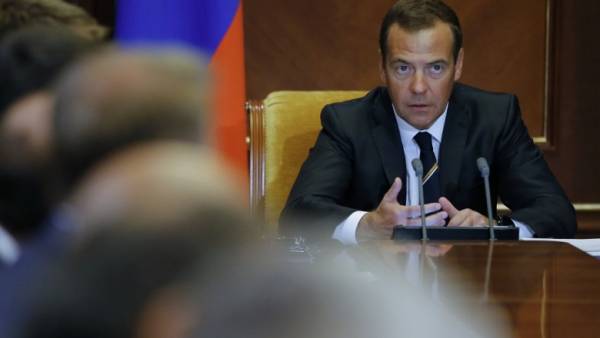 “The question of how to reprovisioning the state, there is now in many countries, and Russia is not among the leaders, though outwardly not far behind dramatically,” — stated in the CSR report “Digital transformation of the state.”

“Digitization” has become one of the most discussed in the government the last year. First Deputy Prime Minister Igor Shuvalov even said last summer, speaking at the St. Petersburg international economic forum, Russian President Vladimir Putin “fully sick” digital economy and technologies, and convenes meetings on this subject until late at night.

And at the end of last year, we approved the state program “Digital economy”, work on which is already underway. The focus of the state as the digital platform must be a citizen, experts say CSR.

According to the authors of the report, Russia needs to create “a unified architecture of government digital platforms that overcome the silos of departmental systems based on a unified data array”. All public services must be translated into electronic form with the system of remote biometric identification. In digital format, according to the proposals of the CSR, it is necessary to translate the entire regulatory and licensing activities.

“Man, identificeres in the state platform, with your “digital double” to interact with a digital ecosystem and to receive from it digital services in accordance with their needs”, — explained the developers.

For example, at birth gasservice will automatically provide charging to a Bank card of the mother of all the payments will be directed to the address of the residence of the parents on the birth certificate, will carry out the automatic correction of “electronic registry of residents” and will write down the child in preschool institution, — explain the authors of the report.

“Undoubtedly, at the first stage will require the allocation of this budget on maintaining existing systems and development objectives. But the Center of digital transformation needs to develop rules allowing to develop systems that have the prospects in the digital economy, and phasing out outdated, which can be replaced by a new platform solutions,” say the authors.

Digital platform, according to plan TSSR, “will help you to perform most management functions with the authorities and on the basis of platform solutions.” Thus, the system of public administration will have to act as a leading IT Corporation, while civil servants develop “digital mentality”.

Businesses can also be interested in creating a public platform because I could use it for their purposes, he will be able to develop and connect their apps, which can be paid.

“Third-party developers will be able to offer the state the development on a reimbursable basis, the individual elements or any related applications, as well as the development and delivery of entire digital services,” the document says.